The show is looking for young men and women 18 to 21 years old of either African American or Hispanic decent to fill starring roles. Auditions are being held through a video submission process so no need to travel anywhere. You can upload your video auditions from home following the instructions set up on the film’s website.

The film’s producers are looking for talent nationwide and even worldwide to be a part of the new Netflix music oriented drama. This casting notice was just updated to include some new roles. Casting directors for the film are also looking for rappers, hip-hop dancers and an African America boy ages 11 to 14.

Netflix has ordered 13 episodes of the Baz Luhrman music drama “The Get Down“. According to Variety, Baz had been working on the project for the last 10 years and the show is finally about to begin production. “Get Down” will be Baz Luhrmann’s first TV series. Luhrman is best known for his films “Moulin Rouge,” and “The Great Gatsby”. The Sony Pictures project is a drama focusing on the emerging music scene in the 70’s. The 70’s saw an explosion in music genres and gave birth to punk and hip hop. The show will be set in New York City in the late 70’s which was also a time known for an excessive crime rate and urban decay. According to the Variety story, “The Get Down” will focus on a group of teens living in one of the most crime ridden neighborhoods of the time, the South Bronx.

A press release for the series described the new show as set in the broken down and beaten up, violent, cash strapped — dying,  New York City of the 1970’s.  The story is a sweeping saga of loyalty, love and betrayal, and the transformation of New York City.

Consigned to rubble, a rag-tag crew of South Bronx teenagers are nothings and nobodies with no one to shelter them – except each other, armed only with verbal games, improvised dance steps, some magic markers and spray cans. From Bronx tenements, to the SoHo art scene; from CBGBs to Studio 54 and even the glass towers of the just-built World Trade Center, The Get Down is a mythic saga of how New York at the brink of bankruptcy gave birth to hip-hop, punk and disco — told through the lives and music of the South Bronx kids who changed the city, and the world…forever. 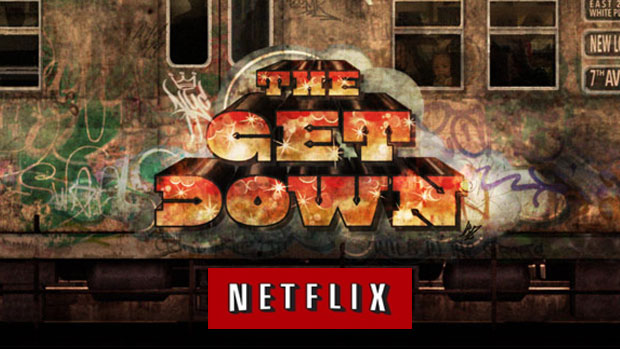 In the Variety interview, Luhrman commented that “I’ve been obsessed with the idea of how a city in its lowest moment, forgotten and half destroyed, could give birth to such creativity and originality in music, art and culture”. He also added “I’m thrilled to be working with my partners at Sony and collaborating with a team of extraordinary writers and musicians, many of whom grew up with and lived the story we’ve set out to tell.”

Luhrmann will be executive producing the new show along with Shawn Ryan. Baz Lurhman has also signed on to direct the first 2 episodes of the new show as well as the season finale. A story about the new show on the Huff Post stated that the show will be premiering on Netflix sometime in 2016.

Global video auditions for new TV series “The Get Down” – Talent nationwide has a chance to land one of the following roles:

The submissions are being accepted through the cast it system.

YOUR AUDITION SHOULD INCLUDE ALL OF THE FOLLOWING:

1. Introduce yourself – your name & where you are from
2. Tell a story about yourself
3. Perform a song, rap, or poem of your choice
4. Perform a short dance (any style)
You are asked to submit your audition videos online by March 10, 2015, so you’ve got about 2 weeks!

Video auditions are being accepted now, please see this page for further instructions on how to submit your video for consideration. Check out the below video which describes the project a bit more.

One thought on “Nationwide Auditions for Major Roles in New Netflix Series “The Get Down” – Rappers, Hip-Hop Dancers”