When college freshman Ranae agrees to babysit for a family with a tragic past, her run-of-the-mill Saturday night quickly turns into a confrontation with unspeakable horror. Stalked by a sinister presence and haunted by ghosts from her own past, Ranae and her friends must confront an angry, evil spirit determined to hunt them down one-by-one on a deliberate march toward its ultimate prey in The Nursery.

Casting the following roles for this session (talent does not have to be exact age of character):

RANAE (19) – Haunted by the recent death of her mother, 19-year-old Ranae finds herself in a fragile state during the summer between her freshman and sophomore years of college. Separated from what’s left of her family by half a continent and struggling with depression, Ranae agrees to babysit for a family that turns out to have a tragic past of its own. Taunted by an evil presence in the house and provoked by the skepticism of her friends, Ranae finds herself mentally and emotionally on tenterhooks; but she must overcome her own doubts and grief in order to solve the mystery of The Nursery and survive the night.

CALISTA (19) – Ranae’s best friend, Calista is self-assured, assertive, and fiercely loyal. Despite a privileged upbringing, she is strong and self-reliant. Alarmed by her friend’s erratic behavior and uneasy about her emotional state, Calista is quick to offer support and assurance, but hesitant to believe Ranae’s outlandish speculation about what might be happening in the house. As their bizarre and ultimately harrowing night unfolds, Calista’s actions are driven first and foremost by her loyalty and concern for Ranae.

GRACE (20) – Flirtatious and magnetic, Grace is used to getting what she wants, from friends and lovers alike. She is the kind of girl who can steal her friend’s older boyfriend (Jeremy) and still maintain her relationship with the friend (Calista). Her brash, self-confident exterior, however, masks an underlying sense of insecurity and self-doubt. Although intelligent in her own right and successful in most everything she sets out to do, she often efforts to lower the bar for herself, content to play the clueless bombshell and to defer to the opinions and perceptions of those around her.

JEREMY (22) – 22-year-old Jeremy is not in college with the girls, but tends to hang out at the bars near the UW campus in Madison and frequently dates college girls. Jeremy lives with his two older brothers and makes his living doing a variety of jobs: landscaping and yard maintenance, house painting, snow removal, etc. He takes pride in his relationship with the younger, gorgeous Grace, but despite being older and more experienced than her and her friends, he also wrestles with insecurity over his lack of education, which contributes to his sometimes abrasive personality and quick-trigger temper.

RAY (15) – Ranae’s brother, Ray, is an awkward teenager who has lived in Utah with his grandparents since the recent death of his mother. During that time and in order to cope with the sudden loss of his mother, he has become obsessed with the supernatural, the paranormal, and the dividing line between life and death. Ultimately, Ray believes that if he can find evidence that spirits and ghosts exist, that means that his mother is still out there and part of his life. Whereas his sister has collapsed under the weight of her grief and depression, Ray—though younger and less mature—has set out in search of answers.

While this is an open casting call, we cannot guarantee that we will be able to see everyone who shows up on Tuesday, July 19 at The Alchemist. We will, however, reserve a limited number of audition spaces for those who contact us prior to the session. 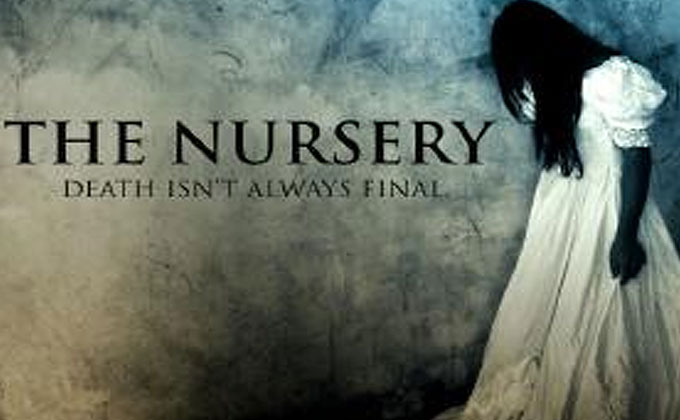 If you are interested in being considered for a reserved audition time, please send the following to TheNurseryMovie@gmail.com:

This casting notice was posted by: Jay Sapiro, Visuality