The Food Network cooking competition Chopped is now casting chefs who bake for some special episodes that will be filming this month, February 2020 and March of 2020.

Chopped is one of the most popular shows on the Food Network and with at least 40 seasons of the show, it is also one of the longer running cooking shows on TV. For the few that may be not familiar with the show, the premise is to make something edible with a basket of sometimes bizarre ingredients (think something like hard lemon candies) that must be somehow incorporated into the dish that they are making. If the bizarre ingredients aren’t bad enough, they chefs that compete on the show are also under time constraints of and often times deal with a lack of other ingredients to make it all work. Each episode features 4 contestants that battle it out over 3 rounds. After each round, someone gets cut which leaves 2 chefs going head to head in the final round.  To the winner goes the prize which for most episodes is $10,000. 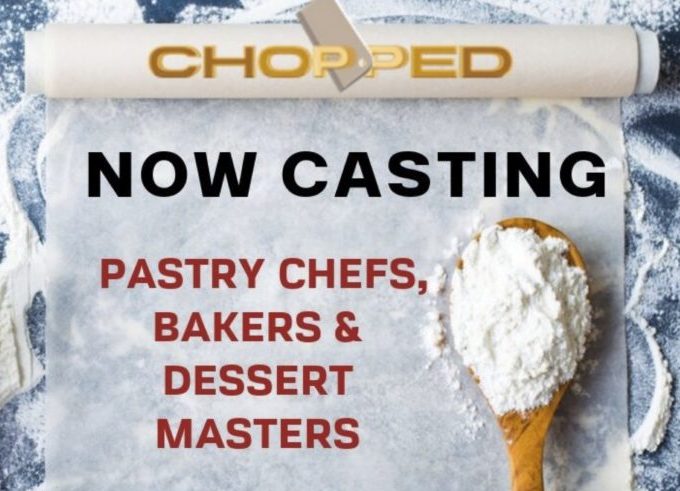 Chopped has done dessert episodes in the past.

Chopped Desserts, where the normal Chopped rounds have been replaced with chocolate, candy and cake for this special competition, featuring four pastry chefs. In the first round, the judges are drawn in as they watch the competitors make delicious chocolate dishes that include Mississippi mud pie and cherries. Then in the second round, the chefs have to incorporate something bubbly and something crispy into their candy creations. And the finalists have an hour to mix, bake and decorate cakes that contain rice and avocados.

Think you can stand the heat in the Chopped kitchen? Are you a master of dessert?  If so, check out the casting flyer below for all the information on how to apply to be on Chopped.

Don’t bake? the regular version of Chopped… 4 chefs, 3 courses, 1 chance to win, is also casting chefs for their regular episodes.  You can check out the casting flyer for that show below as well. 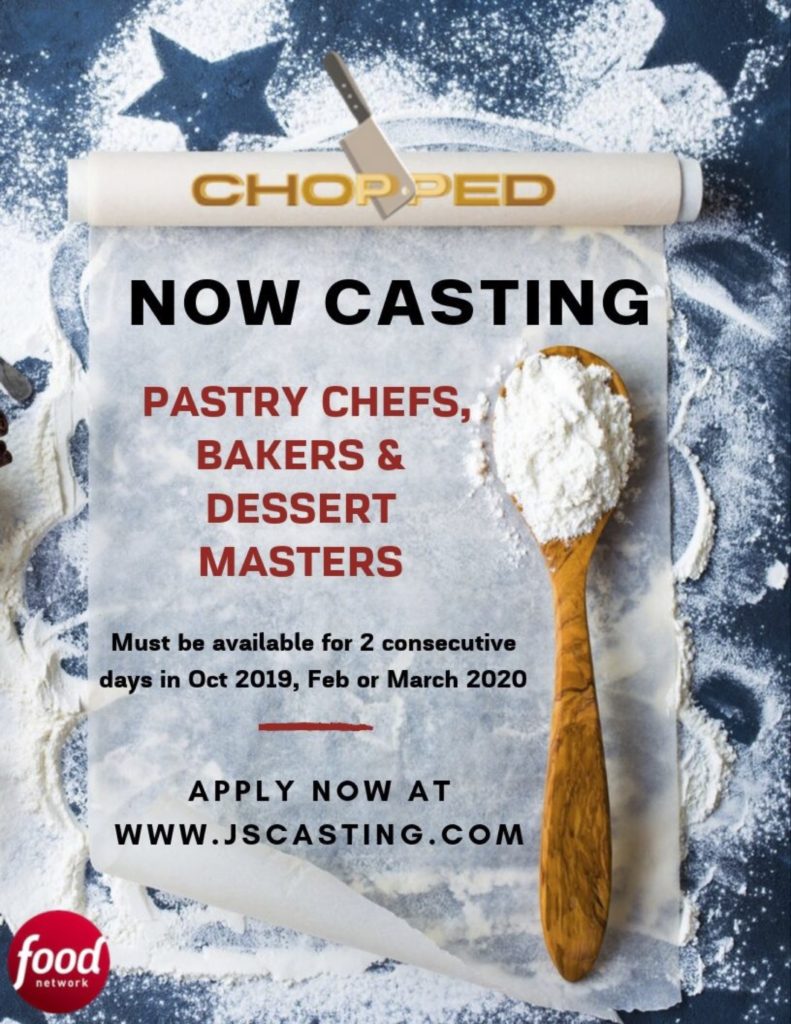 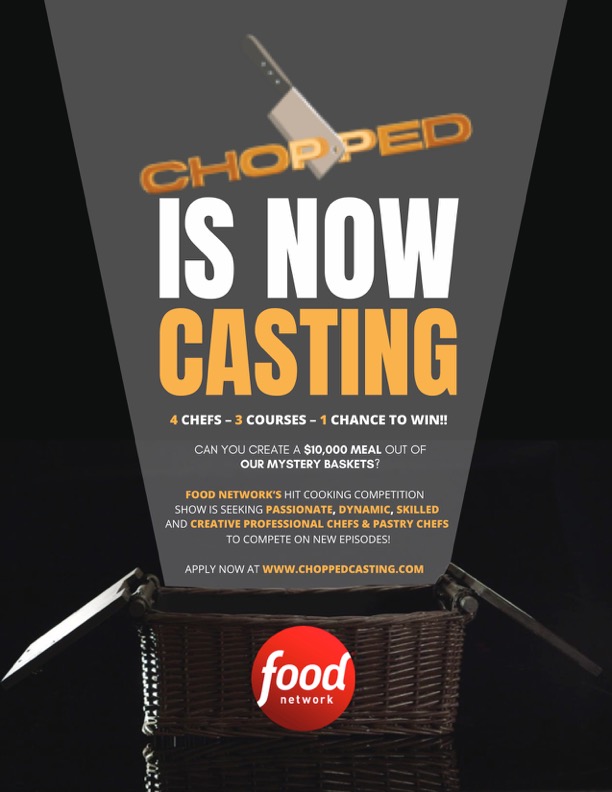 One thought on “Casting Pastry Chefs and Desert Masters for Chopped”