The new ABC series “Mind Games” is now filming in the Chicago area as well as in Hammond Indiana. “Mind Games” stars Christian Slater and Steve Zahn as brothers who are able to somehow manipulate peoples minds. Christian Slater plays Ross, an ex-con whose previous occupation was as a con man and his brother named Clark, suffers from bi-polar disorder but is an expert in psychological manipulation. Together they start a business to help people solve the problems they can’t do on their own.

Actually, they are filming a scene tonight at Wicker Park’s Moonshine at 1824 W. Division St. If you wanna take a peak at the filming, Moonshine says it will stay open yet there will be no parking allowed on the street and the streets may be closed off.

The new ABC show will premiere mid-season in 2014.

A casting call for extras has been released

Are you 21 years of age or over? Do you want to work a two-day scene on Monday, November 25th and Tuesday, November 26th? We are shooting an exciting scene in Hammond Indiana (just across the border from Chicago) and we are seeking 500 people to work as paid extras. 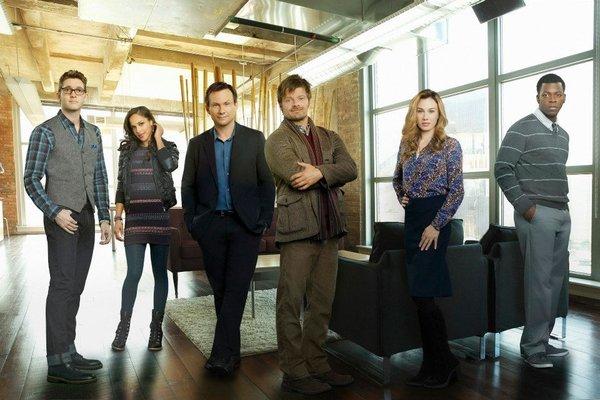 The rate of pay for the day is $80 for an 8 hour day and time and a half after 8 hours.
We are super proud of this show and we know this scene is going to be a blast.

If you are available either of those two days and interested in working as an extra please send in your photograph to:

Send in photographs ASAP as casting is happening fast. We need a close up photograph of your face. (Do your best with the photos/no headshots, no comps!) Do not wear sunglasses or any hats in your photos! Make sure this is a current photograph with your current hairstyle!

Also include, in the email, your name, age, height, weight and telephone number. If you have a car, also list in the email the make, model, year and color of your car. If we cast you with your car we provide increased compensation!

A normal shooting day is approximately 12 hours and sometimes we shoot hours longer, and a nice lunch is provided! Anyone we cast must be available to work the entire day or night, both Monday and Tuesday, November 25th and November 26th.

Hammond, Indiana is near Chicago and is considered part of the Chicago metropolitan area.

also they are looking for ‘Real Bartenders’

Casting Alert! Searching for REAL bartenders, people to play hotel staff and card dealers for a scene for Mind Games in Hammond, IN Friday Nov 22nd. If you are available all day Friday and have transportation to Hammond send us an email ASAP to MGCasinoExtras@gmail.com

Put in the subject line your area of specialty i.e. “REAL bartender”, “hotel staff” “Dealer”. Include in the email your name, a recent picture, telephone number, age, height and weight. We also need your sizes! Wardrobe will be providing clothing so having your sizes is very important.
Please note that by sending in a photograph this does not guarantee being cast to work as an extra.

Here is the trailer for ABC Mind Games.