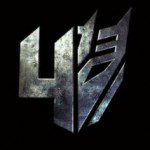 The new, yet untitled movie is being directed by Michael Bay and will bring in a new cast which includes Mark Wahlberg, Stanley Tucci, Kelsey Grammer and many more. There is also talk of a new look for Optimus Prime whose voice will be done by Peter Cullen. The New Transformers movie will be filming in Detroit this summer and will be released in theaters in 2014.

Here is the casting call for extras for Transformers:

An open casting call is scheduled for this weekend in Troy Michigan.

The part requires actors to be available for filming from June through August.

All people that would like to be extras on this film must be legal US residents that are 18 and over. Production is especially looking for clean-cut business persons, military or FBI agent.

Also, they are seeking Asian families of all ages.