Attention Pennsylvania Survivor fans! Auditions for Survivor 2014 will be next week at Pocono Downs.

Have you always wanted a shot to get on Survivor? Do you think that you can outwit, outlast and outplay the rest of the competition? Well here is your chance to find out if you have what it takes to get on Survivor and go for the cash!

CBS Pennsylvania affiliate WYOU will be hosting the event and will be putting anyone attending the open casting event on film for producers to watch. The show will be picking 20 survivor contestants for the show and this is your chance to be considered to be part of the cast for the 2014 or 2015 Survivor and a chance to get that $1,000,000 grand prize.

The show is now in the process of choosing semi-finalists for the show and those chosen will be flown to Los Angeles for another round of interviews and a shot to be cast on the show.

Producers are looking for the following traits in contestants:

If the above sounds like it describes you, then producers would like to see you audition. You never know, you might just get cast on the 2014 season of Survivor. 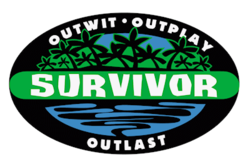 One thought on “Survivor Casting Call in PA”