“American Horror Story” Season 4 is about to begin production in Louisiana.

A casting call for extras has been released by the series extras casting directors at Batherson casting. Filming for the show will begin in mid July and those living in the New Orleans area can submit their information to the production to be considered for extra / background roles on the show.

Currently they are casting men to portray 1950’s carnival workers. The notice states that long hair and beards are OK but tattoos are not.

“American Horror Story” stars Jessica Lange, Kathy Bates, Evan Peters, Gadbourey Sidibe, Emma Roberts, Frances Conroy, Sarah Paulson, Angela Bassett, and Denis O’Hare. Recently twitter gave out a few spoilers for season 4. Seems that Jessica Lange will be playing a German Freak show manager in one of the last traveling shows in the 50’s.  Some of the Coven cast will return and most will be playing performers in the Freakshow. There has also been rumor that Freak show will be Jessica Lange’s last season with the show. 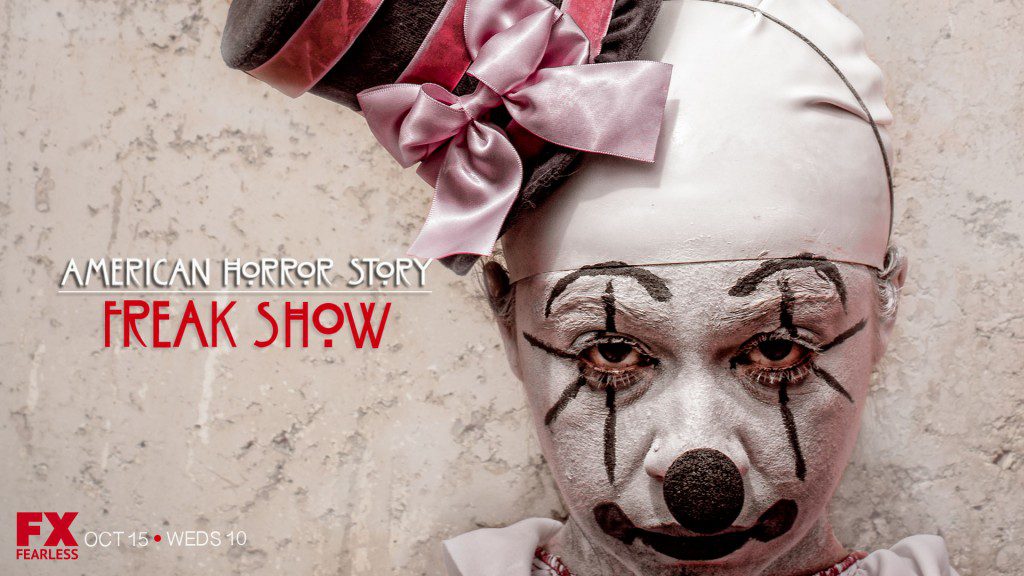 Recently it was announced that Michael Chiklis would be joining the existing ‘American Horror Story” cast this season. Chiklis is set to play the ex husband of Kathy Bates character who is also the father of Evan Peters. The new season of AHS is called freak show and while not too many details about the storyline have been released, but Ryan Murphy (Nip Tuck) is involved in the new season and in an interview with Screenrant offered up the following information:

“It’s not a circus and it’s not a carnival. It’s a freak show, which is very unique. It’s set in 1950. And it was something that’s been Jessica Lange’s favorite thing to talk about, every season. She wanted to play this sort of character, and she really likes that milieu, so that’s exciting. We’re shooting it in New Orleans, but it’s going to be set in Florida, where all great things happen.”

Season 4 of AHS will be set in Florida, however the show will be filming in New Orleans.

We are getting started on our latest project “American Horror Story” (Season 4.)

Filming will take place in New Orleans and the surrounding areas. Filming will start mid July 2014 through the end of December 2014.

We are looking for men (all walks of life) to play Carnival workers (must be over 18). Think about the traveling circus or those old time sideshows. The show will take place in the 1950’s. Longer hair is OK. Facial hair is OK. We will be refraining from tattoos (clearance issues.)

We are now in the process of showing and submitting photos to the producers & directors.

We do not have a schedule of film dates at this time, but if you’re interested and have a very flexible schedule please email us at info@bathersoncasting.com with the following:

NAME
PHONE
AGE
Attach 2 recent photos – Please have someone take these photos for you. No selfies – no photos in front of the mirror. When taking your photos – think about the role you are submitting for. Keep it simple…you can wear jeans and a fitted t-shirt for your photo. They do not want to see professional photos. Have someone take a full length photo and a headshot.

The submission process will begin soon, so please get your information in as quickly as possible.

If selected we will be in touch with further details.