“San Andreas” is finally in production in the Bay area.

The high budget New Line film is finally shooting scenes in California and there is an extras casting call for SF residents who would like to participate and those who do not mind getting a bit dirty and dusty.

While the film is set in California, it has been shot mostly out of the country. One of the sets the film is using is AT&T Park which has been turned into a debris ridden disaster area for the film. The production is in the Bay area to film some final scenes and will be in in SF Bay until the 27th when it wraps.

Dwayne Johnson’s quake thriller “San Andreas” began filming this month and will film through the week. While the film is set in California, most of the production was done in Australia at the Village Roadshow Studio in Gold Coast, Queensland. The film has been used as a rallying cry to expand California’s film tax incentives, since it seems to be cheaper for productions to re-create California elsewhere rather than actually film in California.

“San Andreas” is a disaster film about a huge 9.0 quake that ravages the state. Dwayne Johnson stars as a helicopter pilot who must make a very dangerous journey across California, Los Angeles to San Francisco, to rescue his daughter. Standing in his way are aftershocks, a tsunami and tons of debris. The film also stars Alexandra Daddario, Kylie Minogue, Ioan Gruffudd, Will Yun Lee and Colton Haynes. “San Andreas” is due out in theaters in June of 2015.

Beau Bonneau Casting is looking for San Francisco residents to work tomorrow, on the 25th or the 27th. They are only considering extras who are local to the area and at least 18 years old… sorry, no kids on this one. The casting company is looking for background extras that are in good physical shape because there will be a lot of standing, walking and running involved. Also, those applying must be OK with getting a little dirty because they may have to be covered in dust for the shoot. Seems that they will be using a walnut dust, so no people with nut allergies, please. 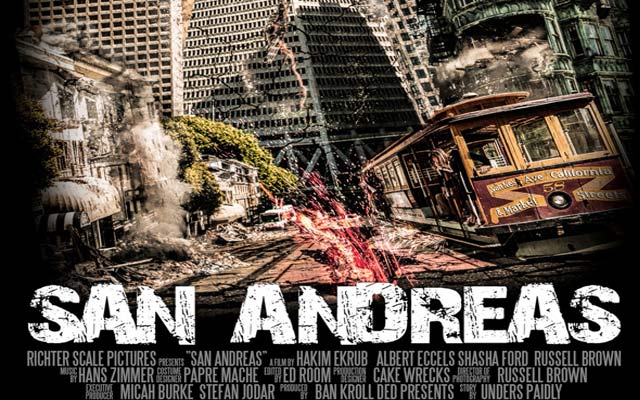 All extras will be paid and the call times are quite early, 5 AM early.

SF Bay Area Local hires only! Submissions must be emailed per instructions. No phone calls accepted.

Background Actor Needs: Roles include SF residents, tourists, business men & women exiting the city on foot, as well as police & paramedics. Production has a specific need for Chinese-appearing Men & Women 7/25 to portray Chinatown residents, as well as affluent-looking, professional men and women 20s – late40s with high-end business wear 7/25 and/or 7/27. Wardrobe fittings are being requested for some roles prior to the shoot.

If you fit the above description and are interested you can see all the details on the companies website here.

Please visit their page for further clarification, but here are the basic submission instructions for “San Andreas” extras:

TO SUBMIT: email the following to beaubonneaucasting@gmail.com ASAP:

Be sure to get your submissions in ASAP since they are choosing the extras now.