‘From Dusk Till Dawn’ from Writer, Director and Producer, Robert Rodriguez is the newest vampire TV show coming our way. ‘From Dust Till Dawn‘ is based on the vampire cult classic film of the same name. The original film came out in the 90’s and starred George Clooney, Selma Hayak and Quentin Tarantino.

The ‘Dusk ‘Till Dawn’ series will premiere on the new El Rey Network later this month. It is the first scripted series for the fledgling network.

Casting directors put out a call for a Caucasian male who is 5’7”-5’9”. The man must have blonde hair, be in the age range of  30’s-50’s and have a average build. This is for a scene filming next Tuesday in the Austin TX area.

Third Coast Extras is accepting submissions for a specific stand-in on Robert Rodriguez’s TV Series “From Dusk Till Dawn,” for an OVERNIGHT shoot in downtown Austin Tuesday, March 4th. Estimated call time will be LATE Tuesday night and will go all night until early morning Wednesday, March 5th

Stand-in or on-set experience preferred, but not required. Please share with anyone who fits this!

To submit, email us at: thirdcoastextras@gmail.com w/ subject heading “3/4 Night SI 1” and follow directions below exactly:

Include name, age, phone #, location (Austin?), height/weight and attach plenty of clear, well-lit, high resolution current photos both close up AND full length. Please list any stand-in or on-set experience you might have.

The show will premiere on the 10th.

Check out some of the promo posters:

The Gecko brothers return! Originally played by Quentin Tarantino and George Clooney.  D.J. Cotrona and Zane Holtz will play the criminal duo who end up at the center of Vampire central. 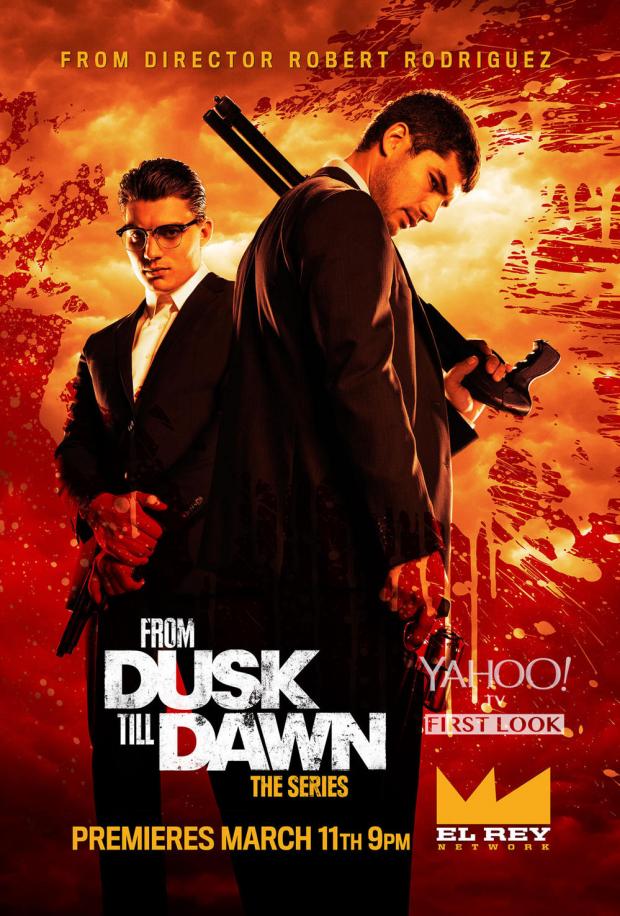