The newest zombie series, “Babylon Fields” is looking for people who can play town folk and residents of Babylon for an episode that is filming in Long Island this week. The show’s producers are looking for extras of all ethnicities that are available to be on the film set this coming Wednesday. This notice is for non-union extras only.

NBC is creating its own zombie show. 20th Century Fox has ordered up the TV pilot for “Babylon Fields” pilot and the show is now in production in Long Island. This is a project from the Cuesta brothers, Michael Cuesta and Gerald Cuesta. There was also a pilot for the show made some years ago which went unsold.

The dead, they are a rising in Babylon New York.  In Babylon NY, corpses are rising up out of their graves and walking. Unlike, the insanely popular ‘Walking Dead” series zombies who are out to eat you, the zombies of “Babylon Fields” are on a mission…. They are not just mindless zombies, they are coming back for a purpose and their bodies are regenerating and healing.

Described as a sardonic drama, in Babylon Fields, the dead are rising in Babylon, NY, and as a result, lives are regained, old wounds are reopened and families are restored — for better or worse. The newly regenerated bodies are healing faster and growing stronger than anyone else leading to the suspicion that they might be the next step in human evolution.

Virginia Madsen will star in “Babylon Fields“. She will be playing the role of a mother of a scientist for the CDC. She lives in Babylon N.Y. and in Babylon, the dead have a way of coming back to life. IMDB lists the plot as being “The dead return to earth in an attempt to restore old wounds”.

Here is the notice, casting directors for the new series are Grant Wilfley Casting.

Seeking NonUnion to play Long Island residents on Wed 4/2 for Babylon Fields. Can not have already worked on show. Email recent pic, phone #, confirmation you are NonUnion to babylonfields@gwcnyc.com. Write ‘NonUnion for 4/2’ in subject line of your email. 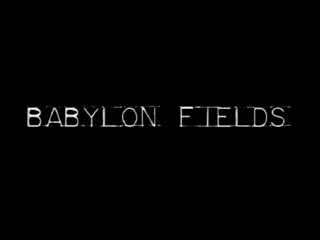