AUDITION ANNOUNCEMENT for 2015 SEASON – All roles are open and paid, non-union.

If you are trying out for the musical cabaret, please see the detailed information at the end of this notice.

Parlor Room Theater is a registered non-profit theater that has been producing theater in Southern Maryland since 2006. We are pleased to announce general auditions for our 2015 season: Fools by Neil Simon, Dial M For Murder by Frederick Knott, and A Tuna Christmas by Ed Howard, Joe Sears, and Jaston Williams; we are also planning a musical cabaret for September.

Specific audition locations will be given to you upon reservation of an audition slot.

Callback times and locations are to be determined.

All performances are in Forestville, MD.

Specific information for each production:

A Tuna Christmas
Rehearsals to be flexible depending on availability of the actors and director.
Tech rehearsals Saturday, December 12 and Sunday, December 13 from 10am to 10pm in Forestville. 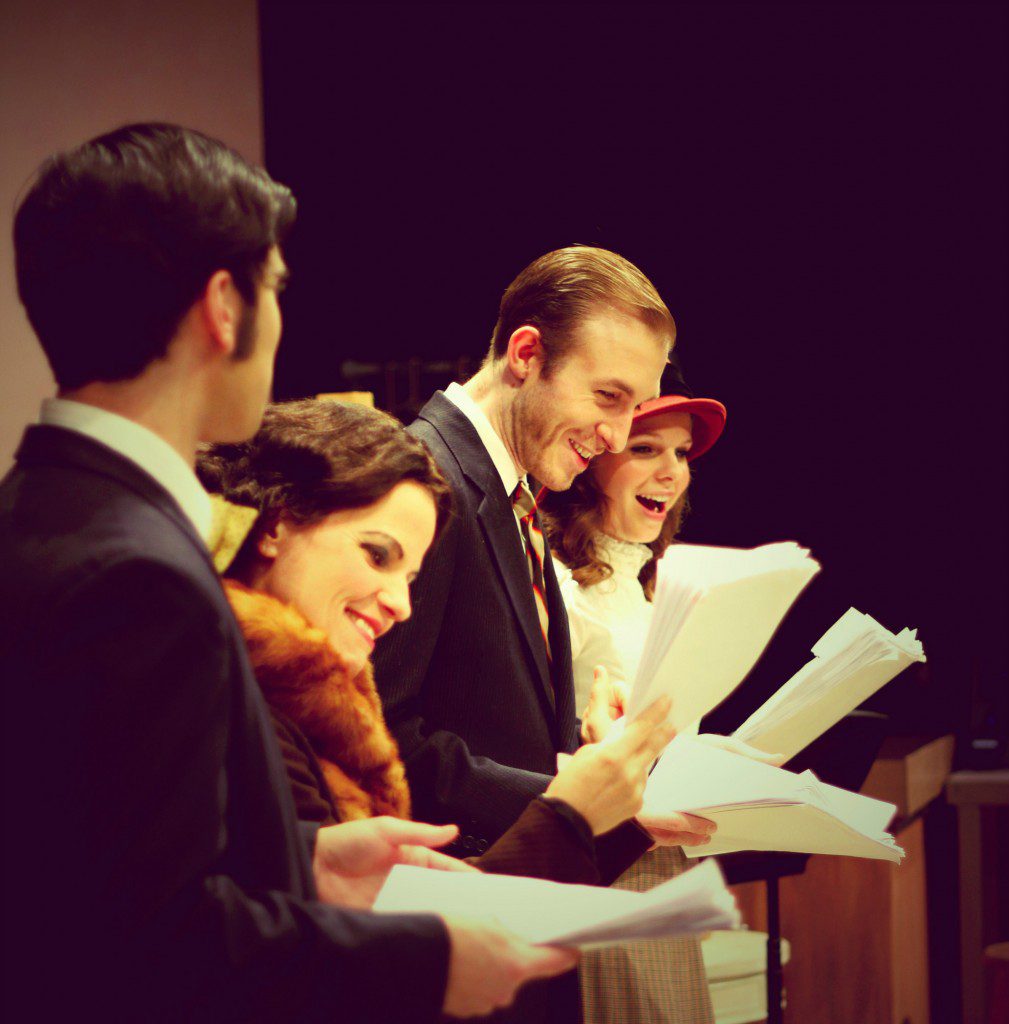 Leon Tolchinsky (20s): The bright young tutor in town and the hero of the play; brave, kind, headstrong

Sophia Zubritsky (20s): The inquisitive yet foolish girl Leon is hired to tutor; simple yet with the capability for more.

Count Gregor (20s – 50s): A “hated” local figure and the closest thing to a villain in the play, he proposes marriage to Sophia every day. Imposing, yet charming.

Margot Wendice (20s-30s): The charming, naïve, and wealthy wife of Tony, Margot has no idea that Tony knows of her past affair with Max, nor does she suspect that Tony is planning to murder her.

Max Halliday (late 20s – 30s): An American murder mystery writer, Tony had an affair with Margot during the time Tony was playing professional tennis tournaments in America. He is still in love with Margot and comes to visit the couple in London.

Tony Wendice (late 20s – 30s): Margot’s husband, Tony is a former professional tennis player who married Margot for her money. He is selfish and arrogant and has an elaborate scheme to murder Margot because of jealousy over a past affair between Margot and Max.

Captain Lesgate (late 20s – 30s): An old schoolmate of Tony’s and a convicted criminal, Lesgate is now being blackmailed by Tony into murdering Margot. He seems willing to do anything for money.

Inspector Hubbard (30s – 50s): A British Inspector of Police, Hubbard is a bit eccentric, but thoughtful and thorough. [flexible m or f]

Arles Struvie – A disc jockey at radio station OKKK.
Didi Snavely – Owner of Didi’s Used Weapons (“If we can’t kill it, it’s immortal”)
Petey Fisk – Employee of the Greater Tuna Humane Society
Jody Bumiller – Youngest child of Bertha Bumiller
Stanley Bumiller – Aspiring taxidermist, fresh from reform school; twin to Charlene
Charlene Bumiller – Daughter of Bertha Bumiller and sister to Stanley and Jody; infatuated with Joe Bob Lipsey.
Vera Carp – Town snob and acting leader of the Smut-Snatchers of the New Order (“until the Rev. Spikes gets out of prison”)
Dixie Deberry – Controller of the Tuna Electric Company
Helen Bedd – A waitress at the Tasty-Creme.
Farley Burkhalter – A “little person” and a patron of the Tasty-Creme
Garland Poteet- A soda distributor and one of Inita’s many boyfriends
Actor 2 (20s – 50s):

Thurston Wheelis – A disc jockey at radio station OKKK
Elmer Watkins – The victim of a tragic flameshooter incident, Elmer was left with no eyebrows.
Bertha Bumiller – Housewife and mother to Jody, Stanley, and Charlene; member of the Smut Snatchers of the New Order (“Censorship is as American as apple pie, so shut up!”)
Leonard Childers – Entrepreneur and radio personality on OKKK
R.R. Snavely – UFOlogist and husband to Didi
Pearl Burras – Aunt to Bertha, former riveter in Houston during World War II (the Japanese “never sank one of [her] ships!”)
Sheriff Givens – Called “Rubber Sheets” due to his having wet the bed at church camp
Ike Thompson- a slow-witted highway worker
Inita Goodwin – A waitress at the Tasty-Creme
Phoebe Burkhalter- Presumably Farley’s significant other
Joe Bob Lipsey – the “not-the-marrying-kind” director of the Tuna Little Theater’s “troubled production” of A Christmas Carol
Musical Cabaret

Seeking performers of all ages and ethnicities to participate in a modern vaudevillian style cabaret. We’re looking for people with all sorts of talents such as juggling, stand up comedy, dancing, singing, acrobatics, and any other unique talent you may possess. This Cabaret runs one weekend in September of 2015. Rehearsals will be on a flexible person by person basis starting in August.

For the audition please bring a prepared “act” as it would appear in the cabaret. For the purposes of our audition, please limit your act to no more than five minutes. If performing a song there will be no accompanist so be prepared to sing a cappella or bring CD/digital orchestrations.

To reserve an audition slot, please email Frank DiSalvo at auditions@parlorroomtheater.com with your acting resume and headshot attached. Please indicate the day you prefer to audition, and a time frame if you have a preference. Please also indicate the show(s) you are auditioning for. If you have any questions, please don’t hesitate to ask!

Thanks for your interest in Parlor Room Theater!

This casting notice was posted by: Parlor Room Theater