This show revolves around a team of five paranormal investigators, they do an online show called “The Paramnia Project” where they try to prove or disprove spiritual phenomenon (rituals, creepypasta, cryptids, ect..) this is a free form narrative that is subject to change with cast opinions and fan response. The images attached are character mock-ups for the spirit roles.

Cooper Beck – One of the male leads, he is the child of a demonologist father who went missing while researching a strange presence. He hosts this web show and doesn’t really believe in the supernatural. He previously was in a relationship with the female lead Lexandria, he is a clean cut goodie two shoes type with soft features and light hair.

Lexandria Chance – (Casted) The female lead, she has ESP (extra sensory perception) and a mysterious dark past. She was in a relationship with Cooper and is now secretly dating Trey.

Trey Cambrio – The 2nd male lead, he is a religious man looking to find answers, he is conflicted about his relationship with Lexandria and the strain it’ll put between him and his best friend Cooper, he’s more of a bad boy, dark hair and strong features.

Danielle Summers – (Casted) A secondary role, Summers is an intern that often gets used as a lab rat for the group, they’re a younger person that can be played by a male or female. Young looking, clean shaven of male, flowing hair if female.

Dakota Garcia – A small role, mainly off camera, he is the A/V guy for the team and is of a Latino decent.

The Raven Man – A minor role but a large presence, he is an old British spirit that is a game player to the team, he knows more than he leads onto about the mysterious “Specter” figure haunting the group.

Specter – This is a spirit that fallows the team and has a role with Lexandria’s dark past, it serves as a silent antagonist of the show, it’s mainly an NPC in the plot.

Jester – A personification of fear, the jester can appear as many forms but prefers to stay in the form of a female harlequin with green piping. Physically I’m looking for someone thin faced and small in frame with long limbs. MUST BE ABLE TO WEAR CONTACTS!

Coca A – The adult version of Coca, she’s a traditional cabaret singer, sultry, womanly, and a deep voice. A wig and contacts will be used for this role. She was a child star with her sister (crystal) and can shift between forms. Audition with a song please, but if you can’t sing you can lip sync a pre-recorded track. Caucasian only.

Coca – This is a child version of the older Coca, She was a child star with her sister (crystal) and can shift between forms. Ages 6-13 Caucasian need only apply, this role may be double cast with crystal depending on age & look of applicants. 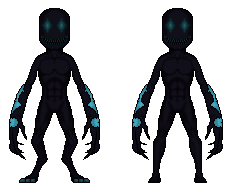 Episodic roles as spirits will be available but are not yet decided on. Age 15-27 only need apply for team member roles.

If you are interested in auditioning for a role please send a headshot/picture and a video of you performing, it can be from a show or a monologue that you know.

This casting notice was posted by: EV3Gurl Productions