ALL ROLES ARE PAID!

Yank! is a love song to Hollywood’s “it takes one of every kind” platoon flicks and to 1940’s Broadway. It’s the kind of old-fashioned musical that makes you feel as if you’re watching an amalgam of World War II movies and listening to some old long playing records of swing music by the Glenn Miller band and the Andrew sisters. Thus, if all the characters seem a little like stereotypes of the G.I. Joes who were thrown together in a war fought by an across-the-board draft rather than a volunteer service corps, that’s part of this show’s charm and intent. It’s a memory piece triggered by a diary found in a junk shop. It’s a typically bittersweet wartime love story, except that it’s Stu and not a girl who falls in love with Mitch who epitomizes the tall, dark and handsome leading men of this period.

Mitch – 20-30s, Baritone.
Classic Leading Man with strong, legit singing voice. The soldier that everyone looks up to. He eventually becomes Stu’s lover. 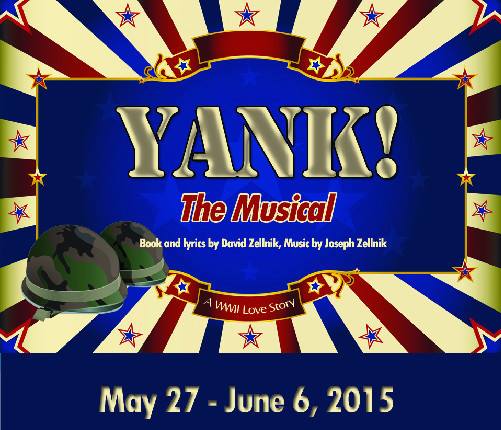 Go to www.yankauditionform.weebly.com to sign up for an audition.

FREE parking on street or in lot across