A new film project is coming to Puerto Rico and is looking to cast local actors to fill a few principal, paid roles.

Feature film about a drug cartel is about to begin production in Puerto Rico and Miami Talent will be holding casting auditions for the roles listed below. These are speaking roles and require experienced actors as well as a resume in order to be considered. The roles pay SAG rates but travel is not covered so actors must be fairly local. The movie will also be casting extras once production begins and those roles will be announced at a later date.

Need pics, contact and resume and links if you have any
miamitalentcasting@gmail.com
Must have great acting skills, as these are not extras roles, these are speaking, supporting and featured roles, so if you have links and resume please send along with pic and contact.

WE WILL UPDATE ON EXTRAS NEEDED LATER ON 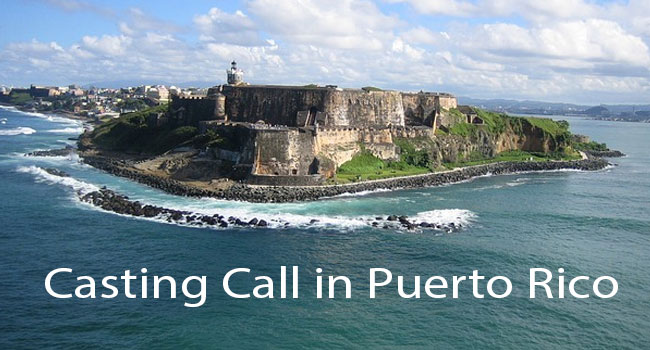 BETO
Male, 25-30, Latino. Griselda’s childhood friend. He grew up in the barrio of Medellin; he belonged to a teen gang. He was the kid of the group, runt of the litter.
As a kid he dreamed of becoming a pistolero and make enough money to leave Medellin. He becomes part of Griselda’s crew, and moves to Miami. He is one of Griselda’s most
loyal friends.

JAIME
Male, 35-45, light-skinned Latino. Colombian pistolero with a freckled face and dead blue eyes. He is a man with no heart, and works for the Medellin Cartel. He is smart and knows how dangerous a woman can be. He is ruthless and has no remorse. Jaime trusts no one but himself, and he will hunt down his target until he gets the job done.

LEIGHTON
Male, 59, Caucasian. An older California cool type, with white chinos, open shirt and a golden chain.
He is the biggest cocaine distributor on the West Coast. Rich, confident, used to getting what he wants,
he knows that everyone has a price. He is turned on by things that seem out of his reach; for him that is just another challenge.

YORBIT
Male, 35-45, light-skinned Latino. Colombian dealer. He has bad anger issues, which gets him in a lot of trouble. He is not afraid to get into fights, or get hurt. He has a chipped front tooth. He always wants to be ahead of everyone, and when he is not, he loses it.

JUAN
Male, 45, Latino. He is lean and wiry, with sadistic eyes. Leader of the Cuban cartel, he believes he owns Miami, and will not let anyone get in his way. He is violent and knows that
the most effective way to send a message is by delivering a corpse.

LENA
Female, 40-45, Latina. She gave birth to Griselda when she was just a teenager. She has been abused by men all her life; making her very submissive. Her feelings towards
Griselda evolve from blaming her own frustrations on her daughter to fearful respect when she realizes what her daughter is capable of. When Griselda moves to Miami, she is in charge of raising her grandchildren. She is both inspired and afraid by how Griselda has made it in a man’s world, but she resents Griselda for having abandoned her and her children.

ANGEL
Male, 35-45, Latino. Grew up in the streets of the Medellin Barrio. He was also part of a bike gang, but he was able to move to Miami dealing drugs. He has strong family values, but he is not the smartest cat in town. He is a decent nice guy, and doesn’t like to get violent unless it’s necessary.

MAX
Male, 38-45, Caucasian. American drug dealer. If Max wasn’t a successful dealer he’d be selling used cars in a New York dealership somewhere, the man was born to sell and hustle, not to be trusted, he’d always ask ‘What’s in it for me?
He is well known in the Miami drug scene and a go-between for the Americans and the Medellin Cartel. He knows how to play his cards,
without placing himself in any danger. Can be violent but is out of his depth around real killers.
Max loves to party and also loves his big mustache.