The 2016 Texas Shakespeare Festival is casting actors for multiple shows which include THE MERCHANT OF VENICE, BLITHE SPIRIT, HENRY V, CAROUSEL and a Children’s show.

Electronic / online auditions are now being accepted from actors nationwide. The show offers weekly pay for the actors cast as well a meals, housing and limited travel costs.

2016 Auditions for The Texas Shakespeare Festival

Roles for 12 males and 5 females. Actors are cast in three of the four shows and receive $350 a week, dorm housing, fourteen meals a week, and limited travel reimbursement. Contracts run from May 20 – August 3.

Acting Internships for 5 males and 2 females. Interns are cast in three of the four shows and the children’s show, and receive $125 a week, dorm housing, fourteen meals a week, and six hours of college credit.

The video auditions must include:

All submissions must include a song from an appropriate musical.

To submit your electronic audition, headshot, and resume go to http://TexasShakespeare.com/actors

If selected for a callback you will contacted and an appointment will be arranged. Proposed callback dates and locations will be announced at a later date. 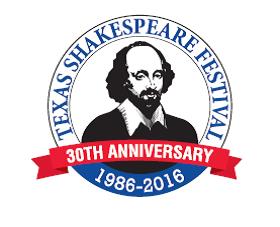 City or Location of call: nationwide
Please submit to: electronic audition, headshot, and resume go to http://TexasShakespeare.com/actors by 2015-10-30