Looking for a role as a background extra in an upcoming movie? You’re in luck because “Teenage Mutant Ninja Turtles 2”  is now in production in the New York City area and looking for folks who would like to work as paid movie extras. GWC in NYC is looking to hire male and female talent to dress up in costumes for a Halloween party scene. The scene will be filming overnight on the 3rd and 4th of next month and roles are open to talent in the NY / Tri-State area only.

Michelangelo, Raphael, Leonardo and Donatello will be returning for a sequel. Platinum Dunes will again produce the live action feature and Michael Bay will be producing the project. Screenwriters Josh Appelbaum and André Nemec will be returning for the new installment in the TMNT franchise. According to Variety, David Green will be directing. The popular Paramount franchise racked in 191 million with the previous “Ninja Turtles” movie.

“Arrow”  star Stephen Amell has the role of Casey Jones and Megan Fox will be playing April. The newest “Teenage Mutant Ninja Turtles” movie will also be starring Alessandra Ambrosio, Alan Ritchson, Will Arnett, Danny Woodburn and Tohoru Masamune will play Shredder. According to the movie’s IMDB page, the turtles return to protect the city from a new threat. The film is scheduled to be released in theaters in about a year, June 2016. 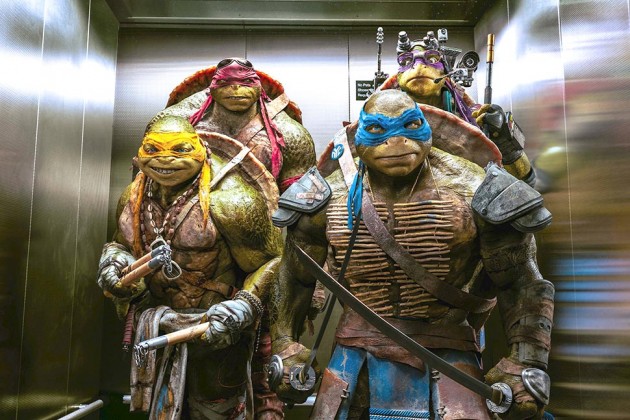 Interested? Here is the info… GWC is seeking to fill the following roles:

Seeking NON UNION Men and Women to be PRE-FIT in Halloween costumes provided by the wardrobe department for work on HALF SHELL. Fitting date will be Friday, May 29th and the work dates will be Wednesday and Thursday June 3rd and 4th. We are filming in Manhattan and these will be OVERNIGHT shoots.

If available and interested, please email a CURRENT PICTURE to halfshell@gwcnyc.com with the following information: YOUR NAME, PHONE#, SAG-AFTRA or NON UNION, if you’ve worked on this project before, if so when and as what. Avail 5/29, 6/3 and 6/4.

DO NOT submit if not from the tri-state area. Rate is $110/10hrs for the shoot date. Fitting is a quarter check.