Auditions for HANDS ON A HARDBODY

4th Wall Theatre will hold open auditions for all roles in its June 5-14 production of HANDS ON A HARDBODY (book by Doug Wright, lyrics by Amanda Green, music by Trey Anastasio and Amanda Green). Based on the true events depicted in the 1997 film documentary of the same name, 4th Wall’s production will be directed by Kate Swan with music direction by Markus Grae-Hauck. The show will be presented at Westminster Arts Center on the campus of Bloomfield College, where the company is in residence. Rehearsals will begin in early April, and performances are scheduled for June 5, 6, 7, 12, 13, and 14.

ABOUT THE SHOW
The show takes place at a Nissan dealership in Longview, Texas, where 10 contestants try to outlast each other to win a brand new red truck by keeping at least one hand on it as long as they can. Every character needs the truck to help change their lives for the better, to win their American dream, and we watch them struggle through the heat and exhaustion with humor, ambition, and hope.

Sign-up begins at 1/2 hour prior to the audition start time, and anyone auditioning must arrive no later than 8:00 pm. All auditions will be held at Westminster Arts Center, 449 Franklin Street in Bloomfield, easily accessible by train or bus from Manhattan; directions are available atwww.4thwalltheatre.org/directions. Callback date and time will be announced soon.

4th Wall is seeking 9 men and 6 women; see character breakdown below for details. In addition to the multi-racial casting needs of the show, non-traditional casting will be strongly considered. Age ranges are somewhat flexible. Prepare two contrasting 32-bar selections from contemporary musical theatre and/or country songs that show off your voice in the range and style of the character(s) you are auditioning for. Bring sheet music in your key. An accompanist will be provided. Also bring a headshot and resume stapled together, and be prepared to provide all potential conflicts for evening and weekend rehearsals beginning April 1st. 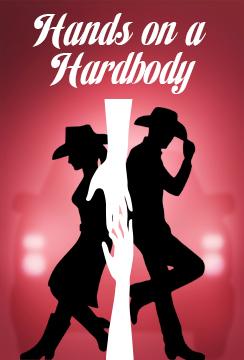 HEATHER STOVALL: Female, 29 (Range: Mezzo-Soprano, A3-D#5)
A flirtatious restaurant hostess. Used to bending the rules and getting away with it. Sings “Burn That Bridge” and “It’s A Fix Reprise.”

RONALD MCCOWAN: Male, 35 (Range: Tenor, F3-B4)
A good-natured African-American guy with a slight Louisiana accent and a love of Snickers bars. Sings “My Problem Right There.”

JD DREW: Male, 60 (Range: Baritone, G2-D4)
A “good old boy” with pomaded gray hair and a high wattage grin. Virginia’s husband. Sings multiple songs including “Used To Be” and “Keep Your Hands On It.”

City or Location of call: North Jersey
Please submit to: info@4thwalltheatre.org by 2015-03-23

This casting notice was posted by: 4th Wall Theatre