Upcoming father / son movie “The Legacy of the Whitetail Deer Hunter” AKA Untitled Jody Hill Project will be holding open auditions for kids in Texas.

A talent search is underway for a kid to play the lead role in Danny McBride’s and Jody Hill’s new father / son film “The Legend of the Whitetail Deer Hunter“.  The film is scheduled to go into production this October and will be filming in the North Carolina area this fall and winter. “The Legacy of the Whitetail Deer Hunter” will be directed by Jody Hill (Eastbound and Down).

Casting directors are seeking a child actor for the lead role. No acting experience is required. The character’s name is Jaden and he is described as a 10 to 13 year old southern boy with a great sense of humor and a gift for telling stories.

“The Legacy of a Whitetail Deer Hunter”  will star Danny McBride and Josh Brolin. The story behind “The Legacy of a Whitetail Deer Hunter”  has been under wraps but this casting call suggests that there will be a father / son hunting trip involved. According to a Deadline report, McBride, David Gordon Green, Carcieri and Lila Yacoub are executive producing the film and the script is written Jody Hill, Danny McBride, and John Carcieri. You may also check the movie’s IMDB page for any new information about the project. 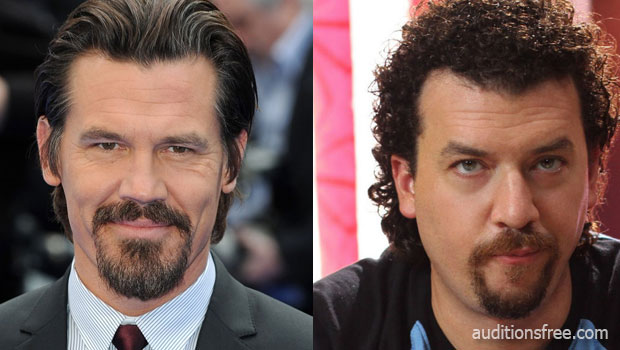 Kids auditions for the lead role of JADEN:

11-14 y/o BOY to be the lead of feature film “The Legacy of a Whitetail Deer Hunter.” JADEN is confident & considers himself to be pretty cool, but there’s definitely an awkward 6th grade boy quality that’s hard to miss. Forced to go on a road trip with his father, Jaden would rather be anywhere but. We are VERY open to kids that have no experience.

Talent does not need to make an appointment but do need to bring a recent picture or headshot with them. Kids and their parents interested in trying out for the role may simply attend the auditions which will be held in Beaumont, Texas. Please see the casting notice below for further details about the role and the upcoming auditions for kids.

Casting directors are seeking a Caucasian boy between the ages of 11 and 13, who fits the following description:

The open casting call will be held Sunday, October 4, 2015 in Beaumont. Kids and their parents do not need an appointment to audition. Talent can simply come in between the hours of 2 and 4 PM to meet with casting directors.

Sunday, October 4, 2015 in Beaumont, Texas (Beaumont is about an hour and a half East of Houston Texas)

The project is also accepting online audition videos from talent that is unable to attend any of the open calls.
Please email: deerhuntercasting@gmail.com for additional information. Note that the deadline for all online submissions is the 3rd.