The action, chaos and mayhem will be coming back for season 4. Some months back Cinemax announced that their niche, action packed series “Banshee” will be coming back for another season and that production of the show will relocate to PA. The first 3 seasons filmed in North Carolina, but after the states legislature cut North Carolina’s  film credits and production incentives, the show had to set up shop elsewhere. Cinemax has ordered 8 episodes for the 2016 season of the show and this time it will be filming around the Pittsburgh area. While that’s bad news for residents of NC, it’s great news for folks in PA who would like to get small parts as extras, stand-ins, photo doubles and featured extras. 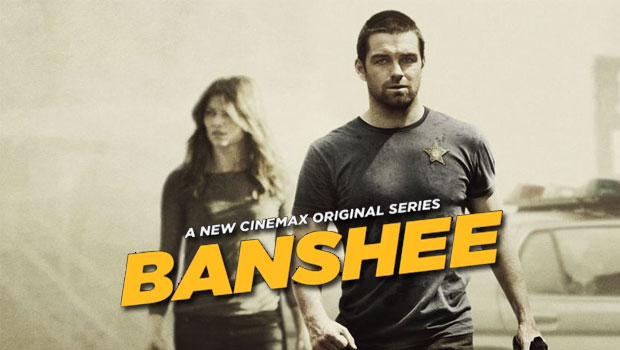 The series is filled with crazy fight scenes, wall to wall action and lots of colorful bad guys. Folks in the PA area now have a chance to get in the mix and the show’s new casting directors, Nany Mosser Casting, will be hosting an open casting call tonight  at the Casino Theater. The show is looking for lots of types but is especially interested in character types, men with beards, tough types, people with lots of tattoos and piercings and punk types.

The show will film in the Vandergrift area this spring. Those wishing to tryout for a small role can come on down to the open call in Vandergrift, PA to get a photo taken and fill out an application. All extras must be at least 18 years of age and US citizens. Vandergrift is about 45 minutes NorthEast of the Pittsburgh area.

Please see the below casting flier for further details. 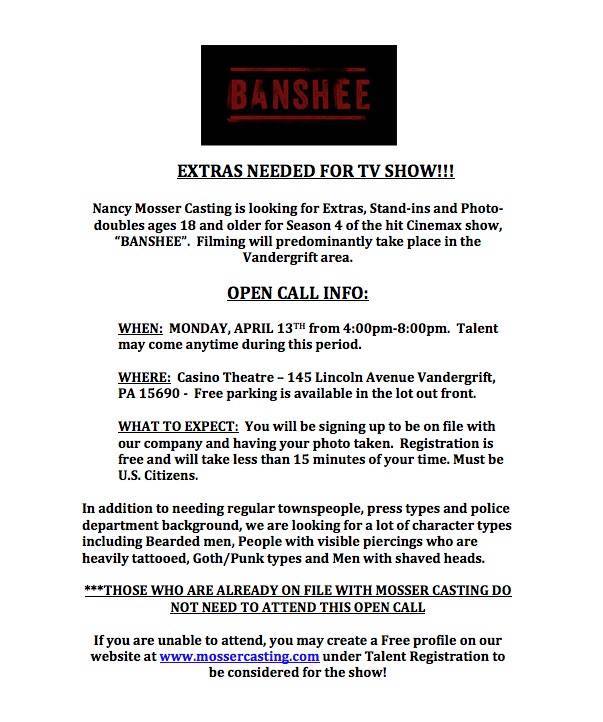