The new season of ‘Vikings” is filming in Ireland around the Wicklow & Dublin areas.

The show’s casting directors have an urgent need for a male hairdresser, ages 20 to 35, with long hair and a beard to appear in a scene filming this week. While this is a small role in the show, experience as a REAL hairdresser is required.

The entertainment news website, Screenrant  offered up a few hints as to what we can expect to see in “Vikings”  season 4.  The site published parts of an interview with Michael Hirst in which he stated that ….

Charlemagne and his daughter will become important characters in season 4. In the interview, Hirst stated that… “When we go to Paris, we meet the French Emperor, whose the grandson of the great Charlemagne and his daughter. They’re both very important, because this is a story-line that isn’t going to go away. It’s a story that will go right through season 3 and then straight into season 4. It will have a huge impact on several of our leading characters.”

The new season of “Vikings”  will premiere in early 2016 on Histrory Channel. 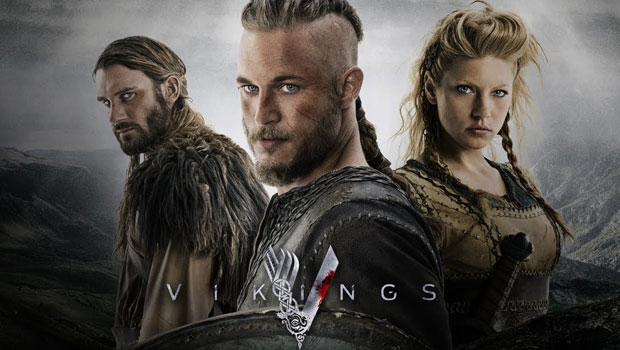 Please note that you MUST live in the Wicklow or Dublin area in order to be considered for the roles.

Based around the Wicklow/Dublin Area

MUST HAVE PROFESSIONAL HAIRDRESSING EXPERIENCE OR YOU WILL NOT BE CONSIDERED
Good Availability for this week and next.

If you meet the above requirements please email by tomorrow afternoon to vikingextras@gmail.com with the Subject line: Male Hairdresser with your CV, a recent PHOTO of yourself, your PHONE NUMBER and all your MEASUREMENTS like height, waist size, chest size, shoe size etc.

Please note that you MUST live in the Wicklow or Dublin area in order to be considered for the roles.