We’re a new production group based in South Florida, working on a fan film spin off series based off of MARVEL’s X-MEN that will also be filming throughout 2017.

(Please see below for roles)

Any Ethnicity – Female – Late Teens / Early 20s
Human.
Abilities: Extreme accuracy, knowledge, and expertise with knives.
An independent spirit who ran to the Trahan House to escape from the men who captured her mutant sister. She learns to be a team player as her new friends slowly break down her walls.
[Guarded. Cautious. Precise. Sharp.]

Abilities: Creating body doubles of himself
The house prankster who likes to keep things light hearted. He means well despite sometimes not thinking his actions through thoroughly, much to Nate’s chagrin.
[Outgoing. Playful. Joker. Insightful. Entertaining.]

An intimidating grunt whose orders are to chase and capture the protagonists. Must be willing to shoot running chase scenes and have a serious look. 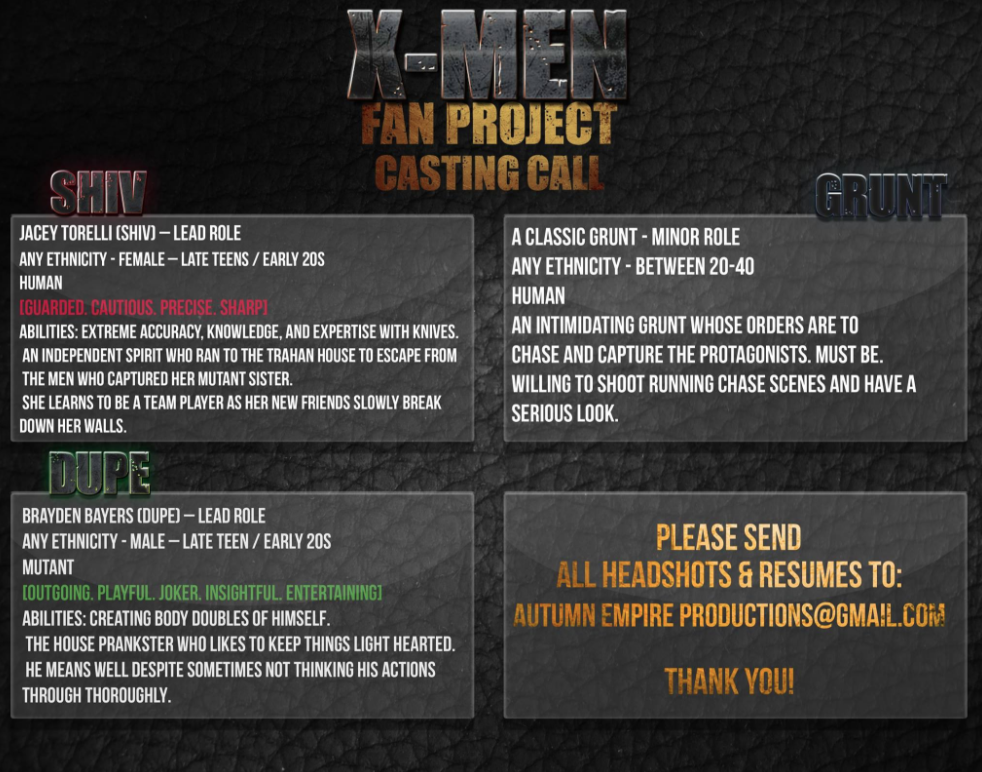 Please attach demo reel or monologue link in email along with headshots and resume to:

City or Location of call: Davie, Florida
Please submit to: AutumnEmpireProductions@gmail.com by 2016-12-15

This casting notice was posted by: Autumn Empire Productions

One thought on “Auditions for Lead Roles in X-Men Fan Film, South Florida”