Tripped and fall into love

Jack is Cupid’s apprentice. His technique, differs from his master’s, is tripping people up so that they FALL in love with each other. After having paired up many couples, Jack feels lonely because he doesn’t have a love one for himself. One day, he has crush on a girl, but she, like every normal people, cannot see him. He’s frustrated and gets lack of attention for his job. He pairs up wrong people which leads to some troubles.
Meanwhile, he realizes that there’s another guy following the girl he likes.When Jack is trying to get rid of the rival, he makes a big mistake that leads to Cupid’s anger… 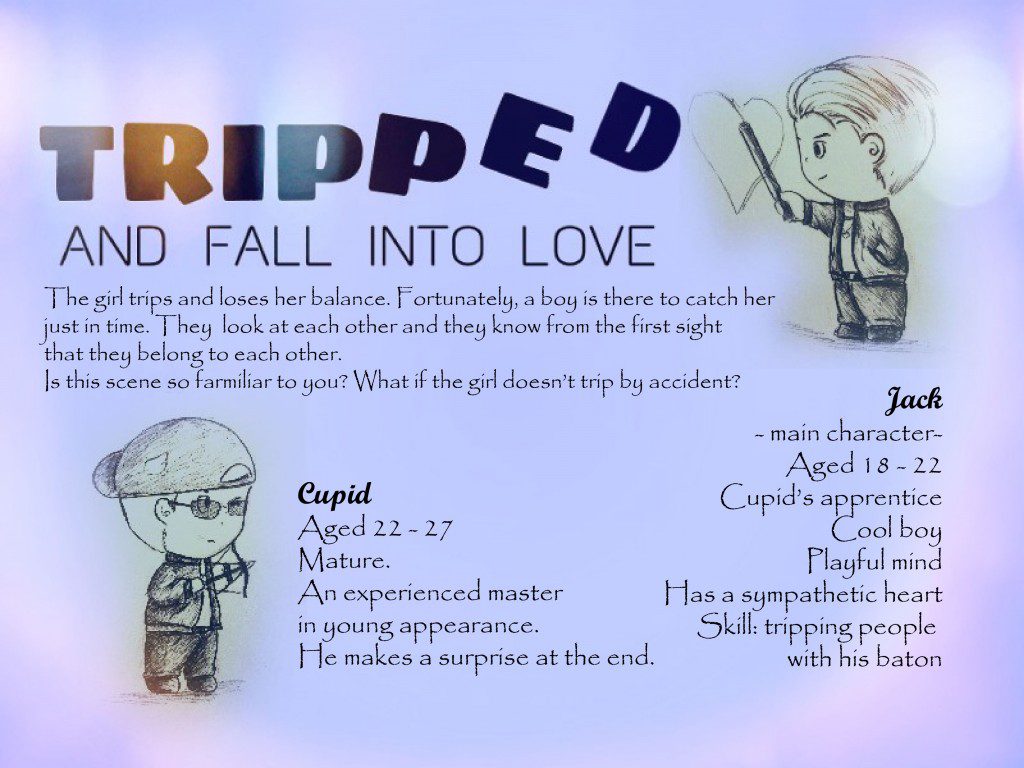 There’s no lines to remember. However, the emotions need to be well acted.
English speakers are required.
All races are welcomed.
Thank you.

This casting notice was posted by: Le Hong Ngoc