Paramount and MGM are remaking the classic “Death Wish.”

Taking over the role that Charles Bronson made famous is Bruce Willis, who seems perfect for the role. “Death Wish” is now filming in the Chicago area and has just begun casting for various, small, non-speaking roles.  Chicago’s 4 Star Casting is looking for locals who would like to work as paid extras in the next few weeks.  The movie is also looking to cast photo doubles and stand-ins for main characters including Bruce Willis. 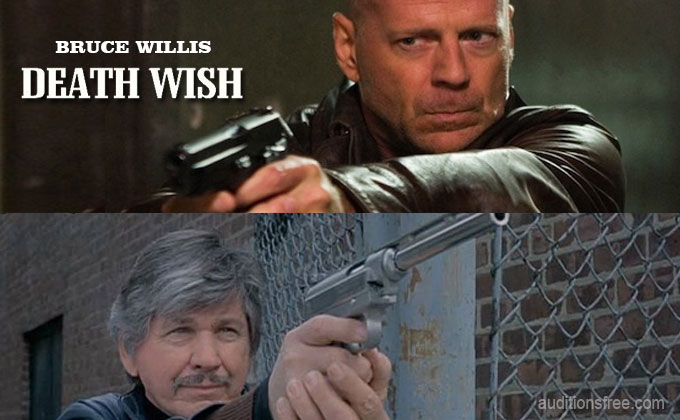 According to Deadline, Paramount and MGM are forced to work hand in hand on the “Death Wish” reboot. Seems that Paramount released 1974’s Death Wish alongside the Dino De Laurentiis Company and MGM now owns those rights. Deadline also reports that The rebooted version will once again be adapted from Brian Garfield’s novel. IMDB’s description of the film states… A mild-mannered father is transformed into a killing machine after his family is torn apart by a violent act. The IMDB page also states that Law & Order Criminal Intent star Vincent D’Onofrio and Breaking Bad’s Dean Norris will be co-starring in the movie. 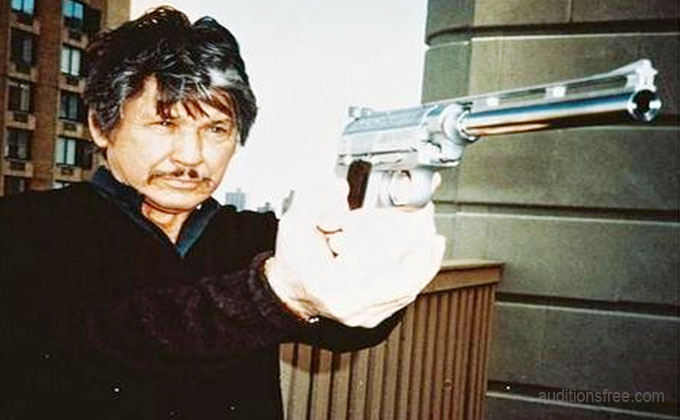 The “Death Wish” remake has been in the works for some time and definitely saw it’s share of road bumps but is finally in production. According to a story in Deadline a few months back, Eli Roth will be directing the project. Eli Roth takes over for the film’s previous directors Aharon Keshales and Navot Papushado. The pair left the project over creative differences brought up due to script changes.  Roth will direct the script by Scott Alexander & Larry Karaszewski. The film’s script is written by Joe Carnahan and Roger Birnbaum is producing.

ROLES: Various – ALL ages/ethnicities If interested and available, please FILL OUT the Survey below (all submission info including photos is thru the survey)

Casting directors have put up an online form for those that would like to work as paid extras, featured extras, stand-ins and photo doubles on “Death Wish.”

See this page for the details. 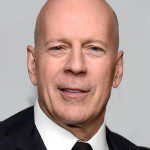 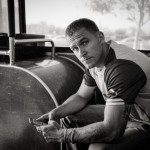 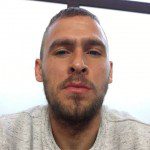 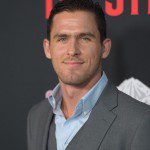 If you are interested and have open availability, email the following to extras4deathwish@gmail.com:

1) Put the role you’re applying for in the subject line of your email.
2) Include your name, age, height, weight, measurements, phone number, current zip code and email address.
3) Tell us all of your set experience as a photo double and/or stand in.
4) Send RECENT, candid photos (one full length, one from the shoulders up so we can clearly see your face, and one of the back of your head). The better the photo quality, the better your chance of being chosen.
5) NAME YOUR JPEG WITH YOUR FULL NAME!
6) Confirm that you have wide open availability.