Would you love to be cast in “Alita Balle Angel?” If you live in Austin you just may have a chance to land a small role.

“Alita Battle Angel” AKA Battle Angel Alita is known in Japan as Gunnm (literally “gun dream”), and is a manga series created by Yukito Kishiro. Seems that the story of “Alita Battle Angel”  will be coming to the movies very soon. While the casting notice does not specify the name of the Robert Rodriguez film, IMDB only list one project that it reports to be currently in production. That project is called “Alita: Battle Angel” and is due out in the summer of 2018. The film is described as an action adventure and sci fi romance. IMDB’s description reads as follows… In the twenty-sixth century, a female cyborg is rescued from the scrap heap by a scientist.

“Alita: Battle Angel” is being directed by Robert Rodriguez from a screenplay written by Avatar’s James Cameron. Originally, the film was James Cameron’s project that he had been developing for years, but Cameron decided to give the reigns over to Robert Rodriguez  this time but staying on board as the writer and producer.  Starring in “Alita Battle Angel”  are Rosa Salazar as the star character, Alita, Mahershala Ali, Ed Skrein and Christoph Waltz. A longer movie synopsis is also listed. According to Variety, 20th Century Fox is behind the film and James Cameron will also be producing alongside Jon Landau. 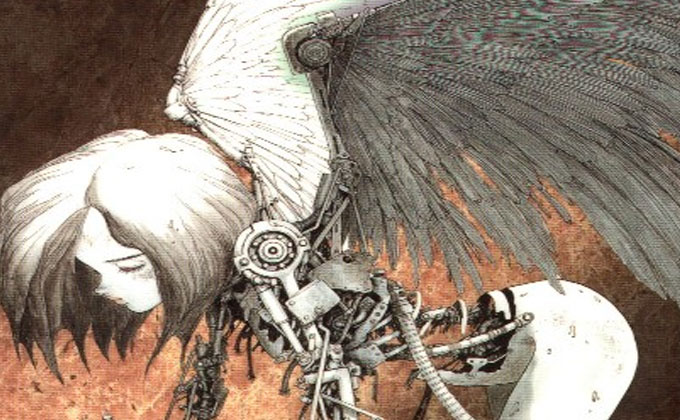 Alita is a creation from an age of despair. Found by the mysterious Dr. Ido while trolling for cyborg parts, Alita becomes a lethal, dangerous being. She cannot remember who she is, or where she came from. But to Dr. Ido, the truth is all too clear. She is the one being who can break the cycle of death and destruction left behind from Tiphares. But to accomplish her true purpose, she must fight and kill. And that is where Alita’s true significance comes to bear. She is an angel from heaven. She is an angel of death. – IMDB

Whether this is Rober Rodriguez’s / James Cameron project “Alita: Battle Angel” or another film Rodriguez is working, the movie is looking to hire paid background actors / extras in the Austin area this fall and Winter. According to the casting call, the movie began filming this month and will continue production around the Austin Texas area all the way through February 2018. Since the extras call is seeking adults of all ages and races to portray people of multiple cultures in a futuristic society does make it seem like the film is in fact the sci-fi flick, “Alita: Battle Angel.”

Austin area talent with flexible schedules that would allow them spending some weekdays on set may follow the directions below to get their information and photos over to the casting directors at Beth Sepko Casting.

Extras needed for upcoming feature film shooting in Austin from October to February.

We are seeking NEW faces that have not already applied.

Adults of all ages and races needed to portray people of multiple cultures in a futuristic society. Applications not a guarantee of work. If selected, positions are paid. Opportunities for 1 day or several days depending on look needed for specific scenes.
When submitting please include name, age, phone #, location (Austin?), height/weight and attach plenty of clear, well-lit, high resolution current photos both close up AND full length.

Please also include the following sizes:

IMPORTANT: MUST be Texas resident w/ valid Texas ID who lives in (or at least close nearby) to Austin, TX since shoots days can change at the last minute and call times are likely very early or late night. **Please don’t submit if you’re not local to the area or nearby.**

NOTE: When working on film, all electronic devices, including phones, will be collected for the entirety of the shoot day. Access likely limited to only one phone check in a 12 hour time period. Anyone uncomfortable with giving up electronic devices should not apply.

We are seeking PUNK ROCKER types to be extras in the Robert Rodriguez film. Must have a sense of Punk style and fashion sense and if you have a MOHAWK or similar style of edgy hair that would be great!!

We are on looking for someone who fits the following:

To submit, email to: thirdcoastextras@gmail.com with the subject line ” PUNK ROCKER ” and follow directions below exactly:

Thank you! We look forward to your submissions!