“Downward Dog” is now filming in Pennsylvania and casting actors / extras and dogs in the upcoming ABC show.

The 1/2 hour comedy is based on a current Animal Media Group web series and is set to premiere on ABC in 2017, it is based on a web series by Animal Media Group. ABC ordered the pilot about a year ago and has now picked up the show for the 2016– 2017 season. The show is set to premiere as a mid season replacement. The show focuses on a woman and her disobedient dog, Martin who also serves as the show’s narrator.  Allison Tolman takes the lead as Nan, Martin’s human owner. Samm Hodges will voice Martin, Nan’s dog. The show’s main cast also includes, Lucas Neff as Jason, Barry Rothbart as Kevin and Kirby Howell-Baptiste plays Jenn.

ABC made a rare move and pulled a digital, streaming web series into its primetime lineup.  Downward Dog will be the first scripted TV series for Animal Media Group. The show is being co-produced by Legendary TV and ABC Studios. Animal Media Group’s and creators of the web series, Samm Hodges and Michael Killen will executive produce the new show along with Mosaic Media Group’s Jimmy Miller, Sam Hansen and Kathy Dziubek. Hodges also has the lead voice role as the voice of Martin, the dog. 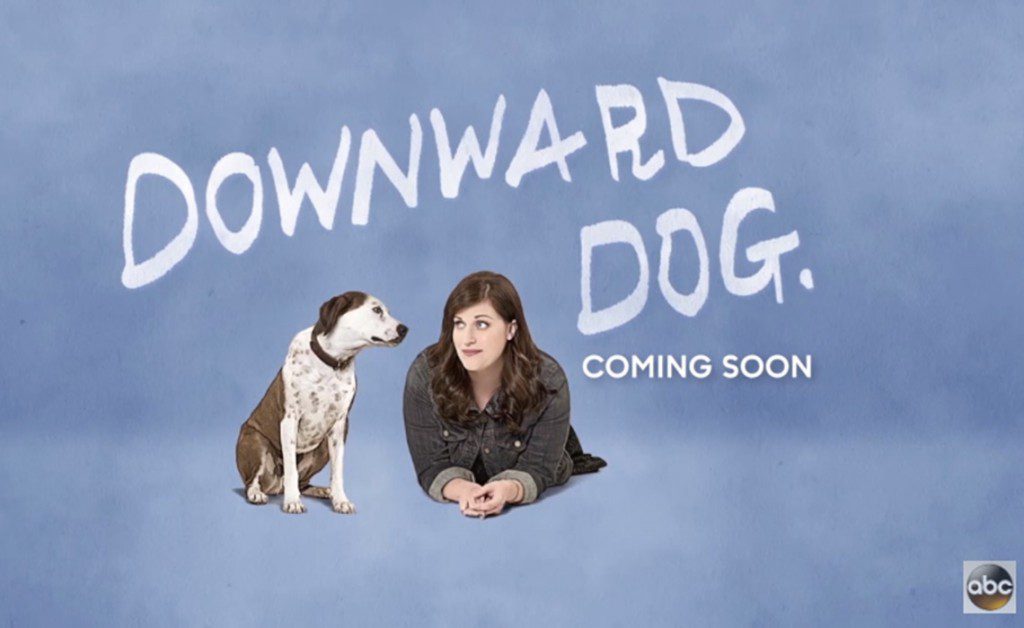 According to a story in the Huffington Post, the original web series is creative and Huffpost calls the talking dog, downright brilliant….
The web series features Martin, a dog. But not just any dog. Martin is also the show’s philosophical, introspective narrator, a curious soul trying to work on the primary relationship in his life—his owner, Nan. Yes, we’re talking about a talking dog here, however the human “voice”—both literally, philosophically and psychologically—works to winning ends. And the endeavor isn’t just about the “dog.” It’s about Nan, a struggling millennial, and having the web series—and the new show—told from the point of view of her lonely and philosophical dog, Martin, is downright brilliant.

Downward Dog is filmed in Pittsburgh, Pennsylvania this summer and Pittsburgh’s Mosser Casting is seeking to cast the following small roles:

Must have a car to get to set and available 12-14 hours a day starting in the early morning. Pay is $8.00 per hour for the first 8 hours and time and a half after that. Will film in the Pittsburgh area.

MUST BE 18+ YEARS OLD AND HAVE VALID WORK DOCUMENTATION.

We are shooting a scene at a dog park on Monday, October 3rd and will be needing some dogs to do simple tricks such as chasing their tail, begging, rolling on the ground, etc. We are especially looking for dogs with underbites such as Shih Tzus, Pugs and Bulldogs but all furry friends are welcome to apply.

Pay is $8 per hour for the first 8 hours and time and a half after that. Typical shoot day is 12-14 hours. All dogs should have up-to-date shots and play well with others.

If interested, you would also need to be in the scene with your dog. Please send a picture of yourself and one of your dog (or one together!) to mosserextras@gmail.com along with your name, age, location, phone number, height and weight. Also include your dog’s name, age and breed as well as any tricks he/she/they can do. Please list your car year, make, model and color. PUT “DOG PARK” IN THE SUBJECT LINE WHEN SUBMITTING!

We will let you know if you’re chosen

–REAL JOGGERS WITH CAR – Men and Women, 20s-50s years old. Must be able to jog for long periods of time. Put “REAL JOGGER” in the subject line when submitting.

Everyone should send a CURRENT picture to mosserextras@gmail.com. NO HATS OR SUNGLASSES!!
We will need your NAME, AGE, LOCATION, PHONE NUMBER, CAR’S YEAR, MAKE, MODEL AND COLOR IN THE EMAIL.
NO BRIGHT RED OR WHITE CARS.

**DENOTE IF YOU ARE REPRESENTED BY A TALENT AGENT**

Be sure to also check out the Pittsburgh castings page for information on other projects filming in Pittsburgh, PA.

Check out some of the original web series, “Downward Dog“

Created by Michael Killen and Samm Hodges, and produced by the team at Animal, Inc., the commercial production arm of Animal Media Group, “Downward Dog” is the original web series that provided the inspiration for the upcoming ABC comedy of the same name. ABC’s “Downward Dog” is about a struggling millennial, Nan (“Fargo’s” Allison Tolman), from the point of view of her lonely and philosophical dog, Martin.