Looking to tryout for a Disney role?

Update: This notice originally went out last month but seems that auditions are still open. The original filming dates were October through February 2017 and they have now been pushed back. The new filming dates are December 2016 through March of 2017. Online auditions seem to still be open.

Magic Camp will be filming this winter and is set to be distributed by Disney Studios Motion Pictures.  Filming is set to begin in December of 2016 and the project will be in production in the Los Angeles area through March of 2017. Young actors interested in auditioning for a Disney movie can do so now. “Magic Camp” will be scheduling live, in-person auditions as well as taking self taped castings online.

According to the “Magic Camp” IMDB page, Magic Camp tells the story of a banker who, as an adult, returns to the magic camp he attended as a child. He returns in the hopes of entering a magic competition and winning the prize that eluded him so many years ago, when he was a child. The, so far, failed magician returns to the camp he had learned his skills at. Once there, he ends up helping a group of misfit kids find their own magic. Of course, there is a competition involved and this time around, he is determined to win.  The film is still in the pre-production phase and not much is yet known of the cast.  The IMDB page does mention that Steve Martin is rumored to have a role in “Magic Camp.” 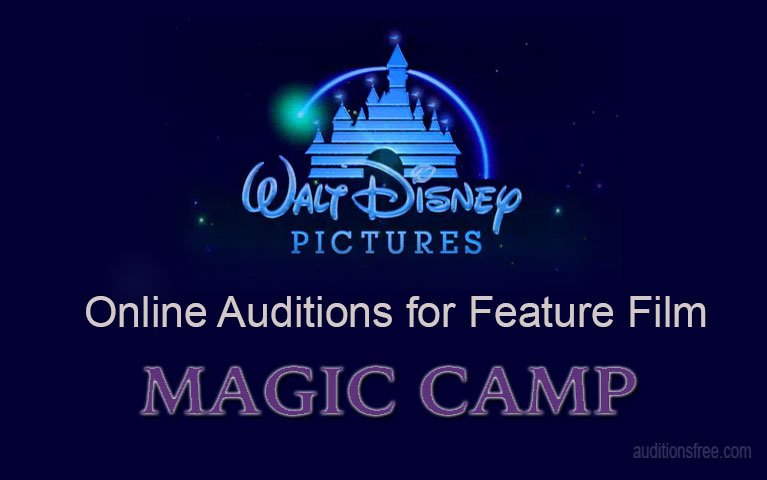 Auditions for the Disney movie will be held shortly in the San Francisco Bay area and will be by appointment only. Up for grabs are 3 major child roles. Casting directors for Disney are seeking to cast the role of Theo Moses, Priya Patel and Kaz Katada. The roles are open to child and teen actors nationwide. Self taped auditions are also being accepted for this project.

Auditions in California will be handled by Nina Henninger casting. The auditions are open to kids and teens nationwide. Online, video auditions are also being accepted by cast it systems.

See this page for further info on how to download your sides and create a self taped video audition. 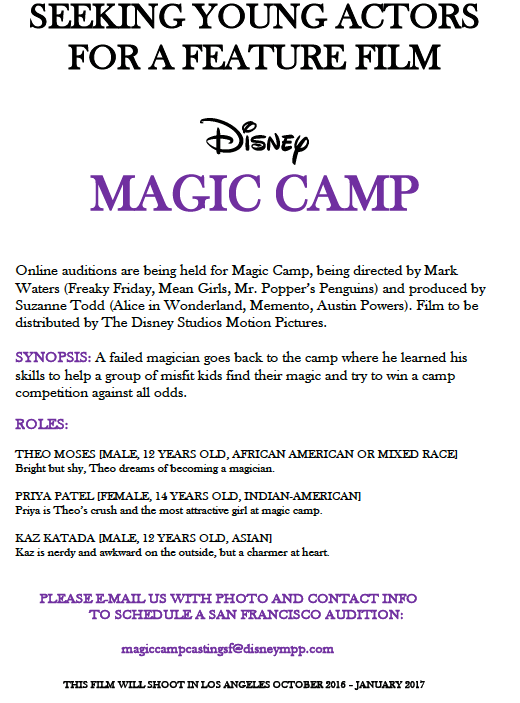