The show will be filming new episodes this summer and has a casting call out for chefs as well as some amateur cooks for some “Cutthroat Kitchen” special episodes. The show is looking for professional chefs nationwide, but, also has some specialty episodes in store that will feature amateur cooks turning up the heat in the kitchen. CAN YOU CUT IT? Now seeking professional chefs and cooks with the talent, personality and appetite to compete for up to $25,000!

The show is casting couples that cook together, high school students and cowboys for upcoming “Cutthroat Kitchen” specials. Can you take the heat in the kitchen? Do you love competition? If so, let the sabotage begin. 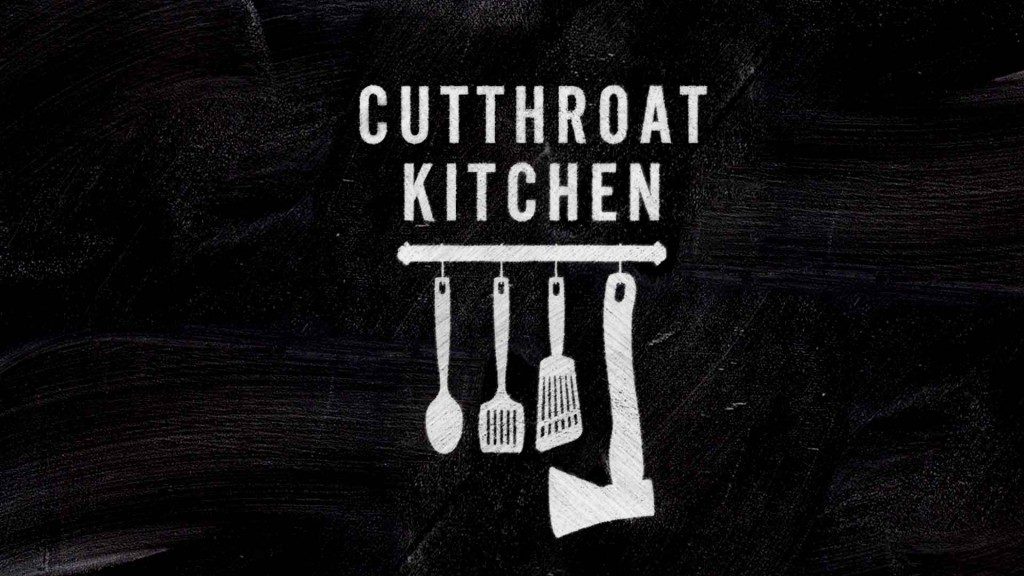 The producers of Top Chef and Alton Brown are bringing us a brand new season of Food Network’s popular culinary competition, Cutthroat Kitchen. The show is searching across America for culinary professionals who are interested in participating in an episode of the show. Every episode brings together 4 chefs who battle it out in a series of challenges. The challenges may be simple but the twists make cooking up a good meal a serious task. At the beginning of each episode $100k gets divided up between the cooks, money not spent during the episode is the winning chef’s to keep. But winning without over spending will not be that easy.  Chefs will bid on items to sabotage the other chefs and the bidding quickly cuts into the chef’s take. Items bid on include the ability to sabotage your opponents. Ingredients get replaced, utensils get removed and Alton Brown’s devious sabotages up for bids may even include necessities like the heat source.  Nothing seems to be off limits and cooking up a simple breakfast may be an impossible task when your pans get taken away.  Previous episodes saw a chef go down after trying to cook with a curling iron as his only heat source.

If you’re up for the challenge… check it out. 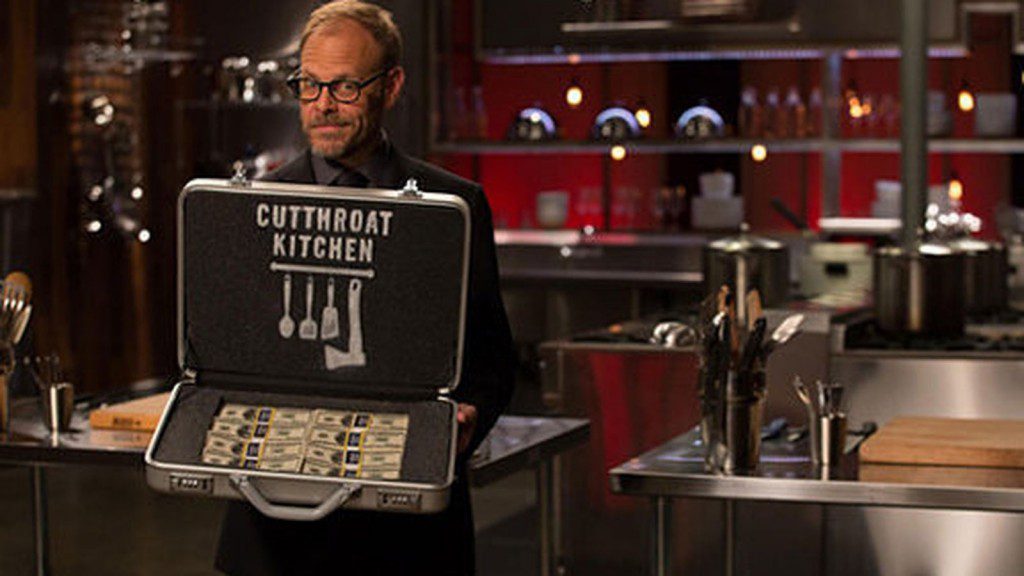 As always, Food Network is also looking for professional chefs who are fierce competitors with the talent & personality. 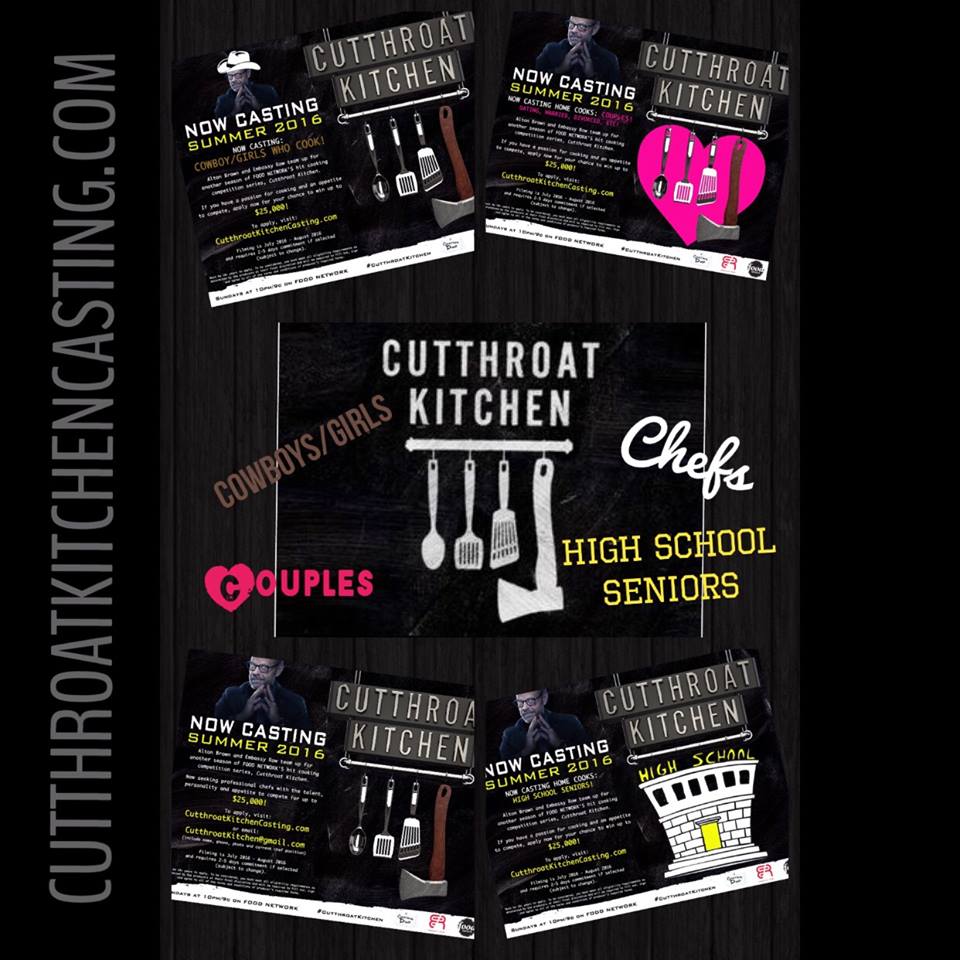 For more details, see the casting flyer below for the email address.

“Cutthroat Kitchen” will be filming this summer in July and August. Those applying must be able to commit to a 2 to 3 day shoot anytime within the above mentioned time period. 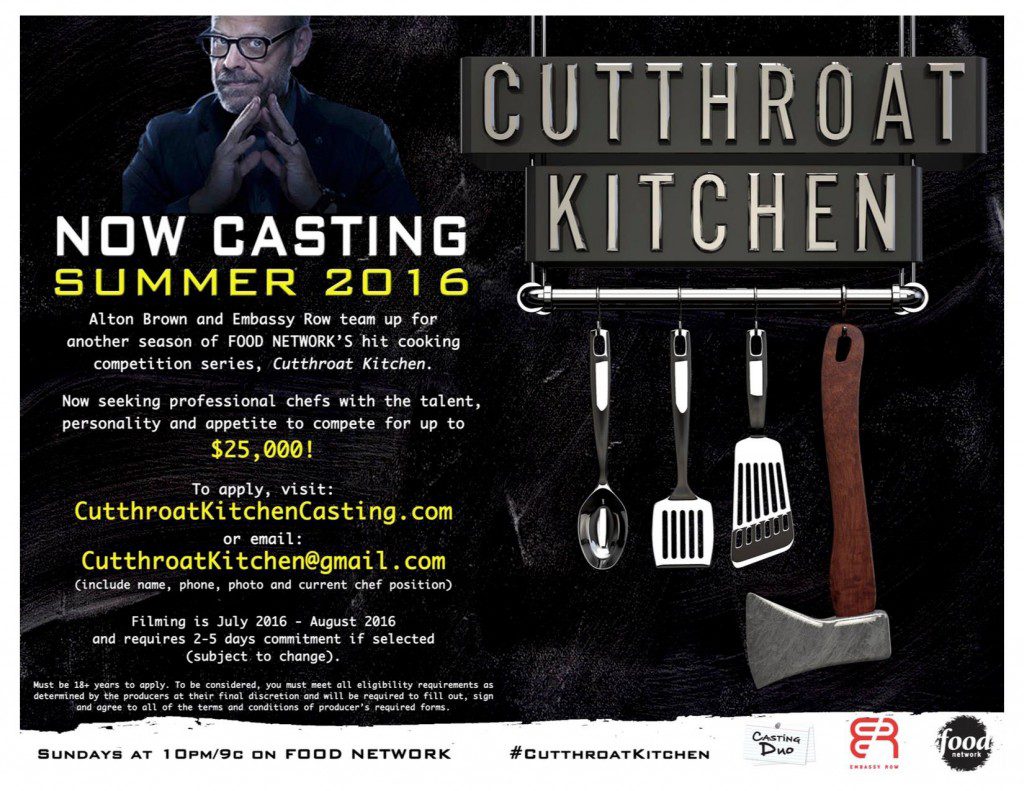