Auditions in Knoxville for small speaking and non-speaking roles.

Burt Reynolds(“Smokey and the Bandit”) is set to star in “Dog Years,” a dark comedy by Adam Rifkin. Adam Rifkin wrote the script and will be helming the project set to film this summer in Knoxville. Adam Rifkin is producing the project with Gore Verbinski(Pirates of the Caribbean: At World’s End, Lone Ranger), Orian Williams, Gordon Whitener and Jarred Hoffman. Michael Mandt and Neil Mandt. “Modern Family” actress, Ariel Winter will star alongside Reynolds in the film. 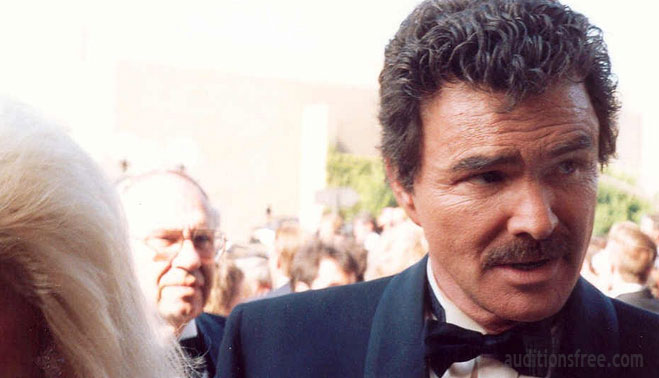 Reynolds will play an aging, movie star who now has to face the fact that his glory days are behind him. With his career at its end, he gets an invitation to a tiny film festival where he will be receiving a lifetime achievement award. Facing his reality that he is no longer significant to the movie industry, he changes his mind about attending the small event and takes his driver, a young girl, on a trip to find the landmarks of his heyday.

According to WVLT in Knoxville, auditions will be held on May 26 from 9 p.m. to 11 p.m. at The Alley on Kingston Pike. The movie is scheduled to begin production sometime next month.

These are open auditions and appointments are not necessary. Actors wanting to audition for the casting directors must bring a headshot, resume, and a piece of paper with their name, email and phone number printed large enough so that it can be seen in a photograph.