An open casting call is coming up in the Chicago area for NBC’s “Chicago” oriented shows including “Chicago Fire,” “Chicago PD,” “Chicago Med,” and the new series, “Chicago Justice.” Casting director, Joan Philo, is looking to cast paid background extras of all ages and types but are specifically interested in kids of all ages, babies, business types, model types, bad guy types, police, military, amputees, and folks with special skills such as dancers, cyclists, contortionists, etc.

The casting directors are also very interested in people who are actually police, EMTs, nurses, lawyers and firefighters for upcoming scenes. Those interested need to come to the casting call with their work documents that they would need to fill out paperwork (ID, Social Security card, etc.).   People attending the open call should come ready to get their photo taken and do not need to bring photos with them as casting directors will be on hand to take their own pictures of talent in attendance. 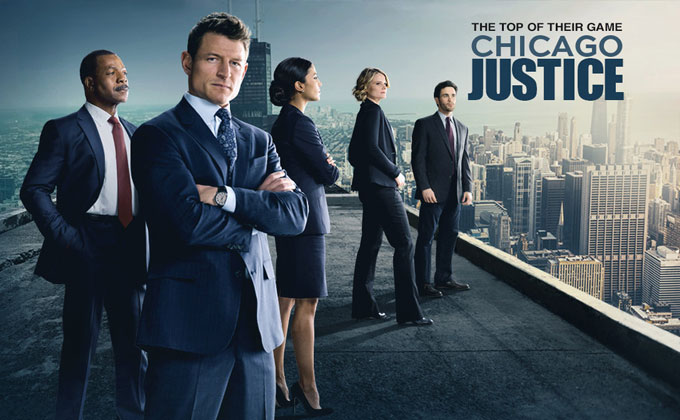 This season NBC is adding another “Chicago” themed shows, “Chicago Justice.”  The show will be another spin-off of the popular “Chicago P.D.” series and this one is being set in the court room.  Chicago Justice follows the State’s Attorney’s team of prosecutors and investigators as they navigate their way through Chicago area politics, the legal arena, and media coverage while pursuing justice. Last year NBC introduced “Chicago Med,” which followed the drama inside a fictional Chicago area hospital. The four shows are intertwined and each season features cross-over episodes where characters from one show appear in one or all of the others.   All four shows are produced by Emmy Award-winning executive producer Dick Wolf, who is also behind the “Law and Order” franchise. According to THR, Chicago Justice will be Dick Wolf’s sixth scripted drama at NBC, also including the long-running Law & Order: SVU and the forthcoming Law & Order: True Crime. Dick Wolf has a huge deal with NBC Universal that currently runs through the year 2020. There is also another show that Wolf is working on for Universal Television, the unscripted series,  “You the Jury.” 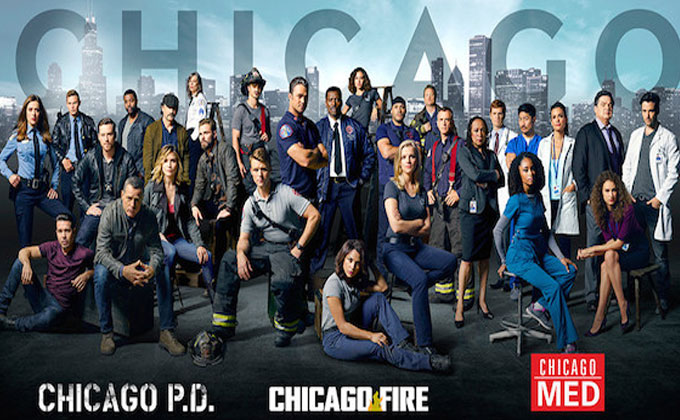 The individual shows also have specific needs and have released casting calls as well. Please see the Chicago castings page for other shows filming in the area.

Interested? See the casting notice below for all the details. 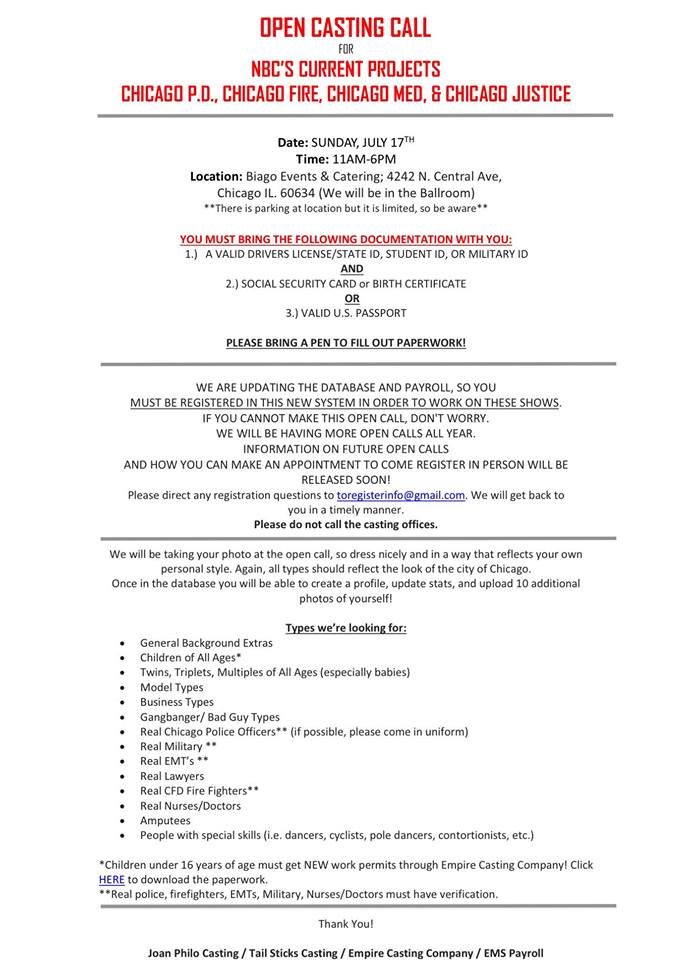