An open call for extras ages 9 has been announced for TV Pilot “Animal Kingdom” filming in Oceanside shortly.

Update – Season 4 of Animal Kingdom is now filming and there are new casting calls for the show.

A TV show is coming to Oceanside, California. The upcoming TNT TV series “Animal Kingdom” will be holding an open call this week. The project is seeking to cast paid extras in the area for the upcoming film shoot. The show is set in a beach community and casting directors with Central are looking for extras ages 9 and up with authentic beach city looks. They are hoping to get a mix of looks including surfers, students and those with great character faces. The open casting call will be held this Friday at the Civic Center Library.

The upcoming series is based on the 2010 Australian drama, also called “Animal Kingdom.”  During the Television Critics Association, producers revealed that the upcoming show will be more of a family drama than a crime drama. The original film was an adaptation of the Pettingill crime family. According to IMDB, the show is about a 17-year-old boy who moves in with his grandmother and uncles in their Southern California beach town after his mother ODs. John Wells is set to direct and the show is created by Jonathan Lisco. “Animal Kingdom” will star Ellen Barkin, Scott Speedman, and Shawn Hatosy. The show is set to premiere on TNT this summer. 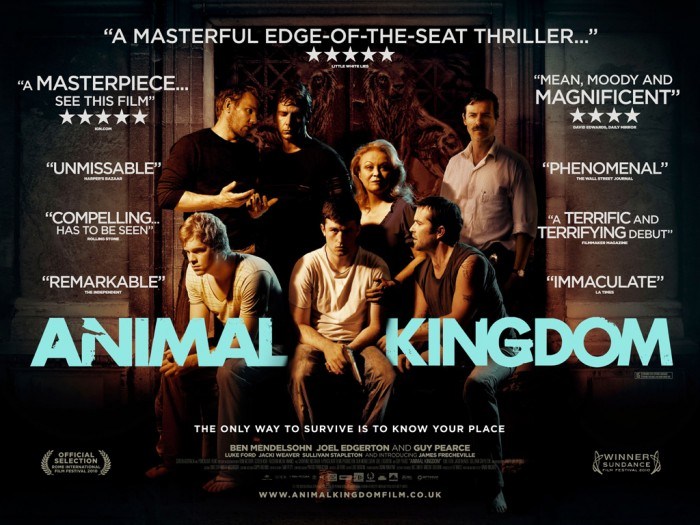 If you live in the Oceanside area and would love to be cast in a small extras role on “Animal Kingdom,” check out the casting notice below for all the details.

We are looking for real Oceanside (not “Hollywood”)
men, women & children (age 9+) of ALL types & ethnic looks,
including students, surfers & interesting character types to
work as a PAID:
Background Actor / Stand-in / Photo Double
(No fees & no experience required)

Must Bring:
Documentation to complete your I-9 form. List of acceptable documents you need to bring at the Homeland Security website: www.uscis.gov/files/form/i-9.pdf

We will be taking photos of everyone for the casting database. Dress in the style that want to be seen by Casting Directors, Producers and Directors. The actual filming of this show will take place during April 19-22 and June 14-18.