Solange Knowles is forming a new band and will be holding auditions.

Solange will be holding auditions for singers and musicians in the New Orleans area. Auditions will be in person and by appointment only. The new group is looking for vocalists, keyboardist and guitarists. The casting call specifically mentions that Solange islooking for singers and musicians that are between the ages of 18 and 35. Those interested are able to email a short audition video.  See below for details.

This past June, Solange announced that she had completed her third albun, A Seat at the Table. Her studio album quickly became a hit with fans and critics alike. The album became #1 in the United States this past summer and made her and her sister Beyoncé the first sisters to separately have #1 albums. 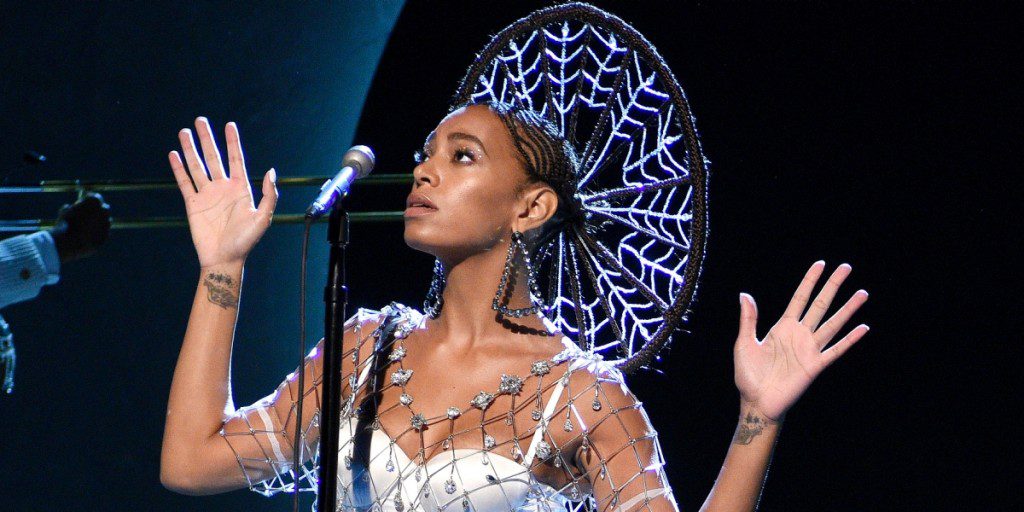 Solange made the announcement via her site, Saint Heron… Calling all musicians in New Orleans and the surrounding areas! We’re in search of vocalists, guitarists and keyboardists between the ages of 18 – 35 for our very own, Solange. Right here in New Orleans, we’re holding auditions for talented instrumentalists and singers to become part of the musical team that helps Solo bring the magic to her fans.

Details for in-person auditions will be disclosed to those who are selected from the initial submission process.

If you believe you have what it takes, email a 3 minute video to skauditions@gmail.com. We look forward to hearing from you. 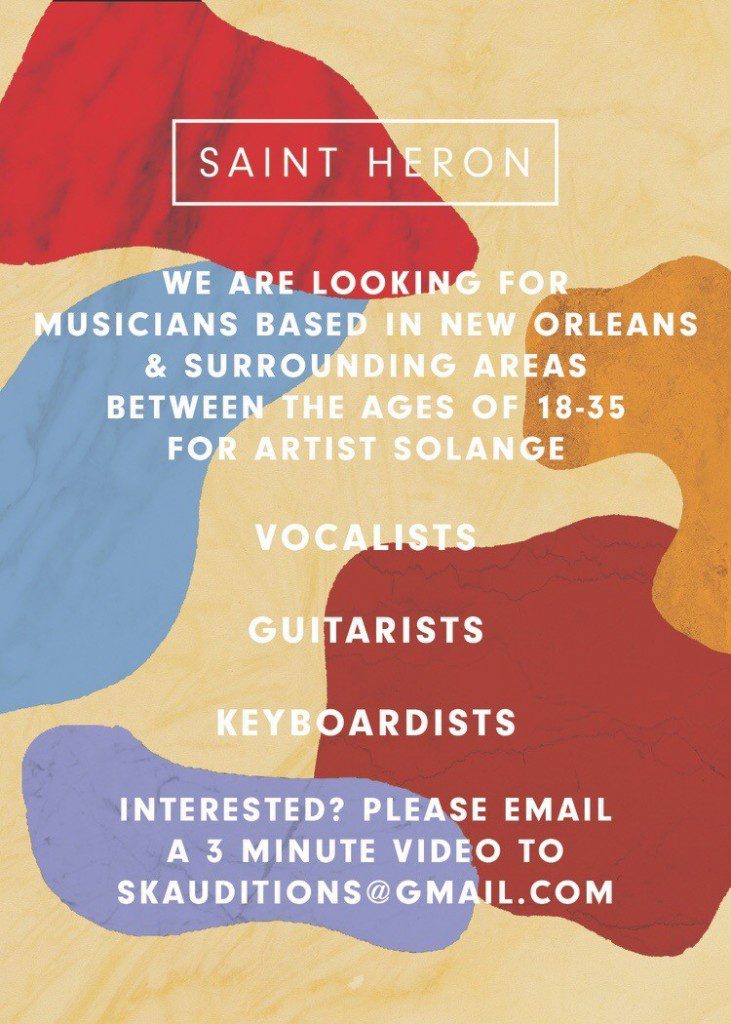