The Flying Housewife, A True Story

If you think you know who the first woman to circumnavigate the globe was, raise your hand. If you answered “Jerrie Mock” keep those hands raised. What? There’re only two of you? Well… You’re not different from most people in this world. While Jerrie Mock was the first woman to fly around the world, many people falsely give this credit to Amelia Earhart, because Amelia’s famous, and surely someone who completed this incredible undertaking has to be famous! Right? Wrong! This plucky, petite mother of three made little fuss over her flight, and rather hated the limelight, which is probably why you’ve never heard of her. Nonetheless, she accomplished this great feat in 1964, while flying a single-engine plane in a 29-day race against a professional pilot. Along the way, Jerrie met with engine trouble out over the Pacific, at night, when there were no radio beacons within range. She fought icing on her wings, flew through sandstorms, and even discovered her plane had been sabotaged before her initial departure!

Possible stipend. This is a Non-Equity production. All are welcome to audition. No experience necessary. 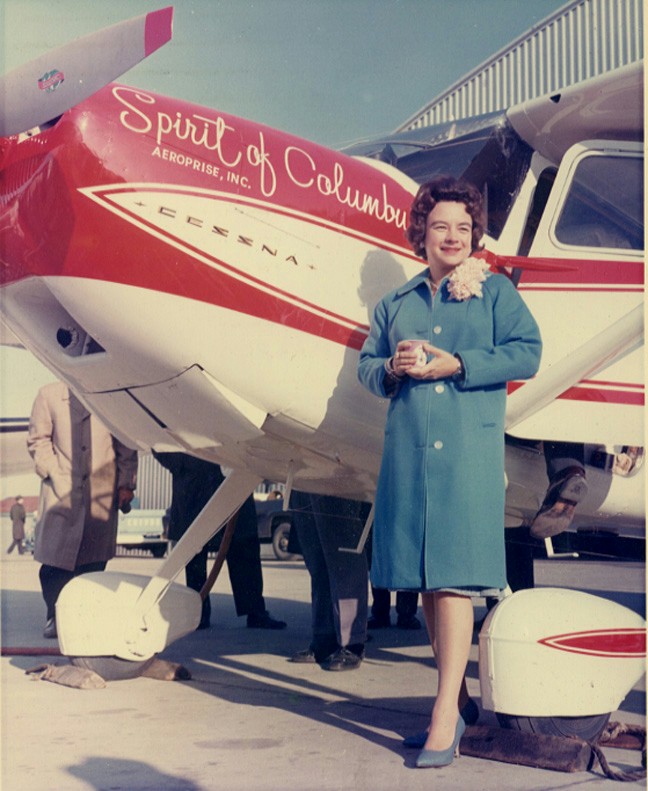 Rehearsals start April 10th and generally run in the evenings Tuesdays, Thursdays and Fridays until closer to production dates. A few exceptions to these days exist. Calendar provided at audition.

Please prepare/bring the following:
1. A memorized dramatic monologue (1-2 minutes)
2. A memorized comedic monologue (1-2 minutes)
3. 2 Photos of yourself (clear shot of your face; full-length photo of yourself)–snapshots are acceptable. If you cannot bring photos, please see assistant or assistant casting director to have these taken by production team.
4. If you have an acting/production resume, please provide a printed copy.
5. Please be prepared to review production calendar for conflicts.

Questions? Reply to theflyinghousewifeplay@gmail.com by March 31, 2016