This casting notice was posted by: Jefferson Community Theatre 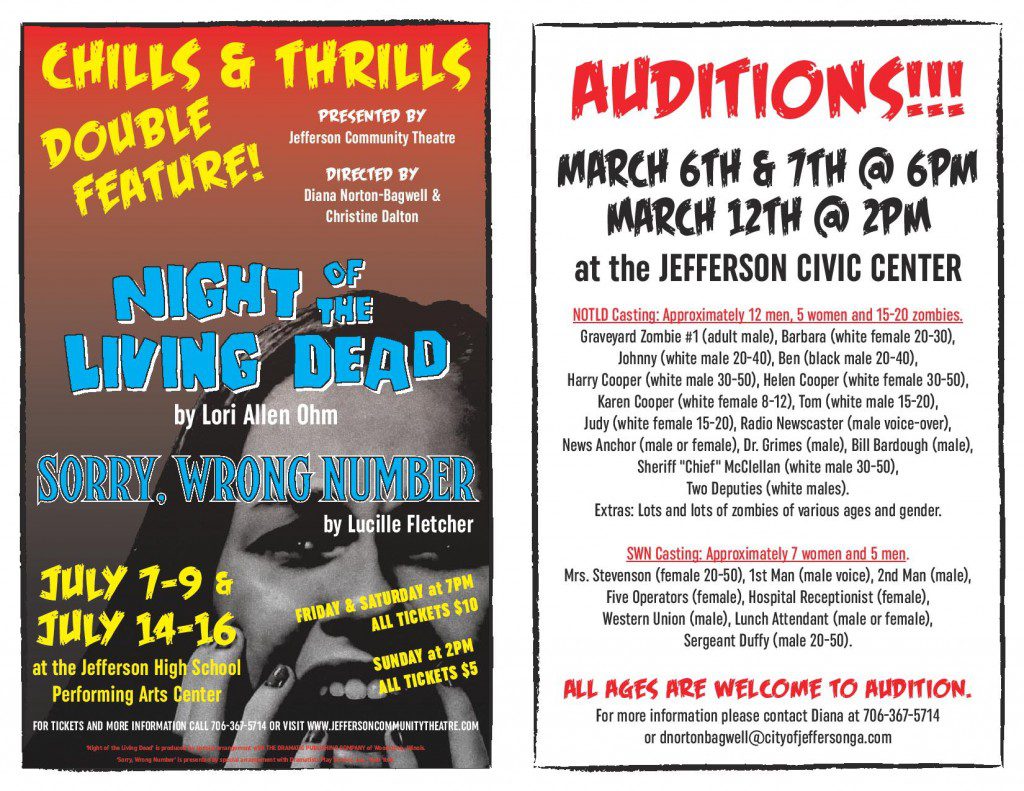