ABC’s Quantico is now filming the third season of the show and casting NYC area locals who would like to work on the series and paid background actors or other small roles. Folks living outside of the New York area are out of luck on this as extras casting is always done locally.

The ABC drama had a bit of drama on its own.. ABC released the fall 2017 / 2018 season schedule some time back with Quantico not listed. Some websites have tried to clarify the issue for fans by stating that the show will in fact be coming back for season 3, a bit late maybe.  Fans should not be too worried as season 3 of “Quantico” is filming right now.

“Quantico” is about a group of FBI recruits that are training at, you guessed it….  Quantico.   According to the ABC show description the drama series comes from executive producers Josh Safran and Mark Gordon.  The show explores the lives of young government agents as they go through training to become special agents and beyond. The diverse recruits have been thoroughly vetted and are considered the best and the brightest

— but each one possesses secrets, including hidden reasons for enlisting. One recruit ends up being suspected of masterminding the biggest and most deadly attack on U.S. soil since 9/11, and must fight to clear her name. 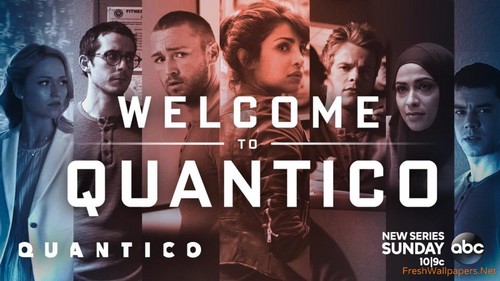 Non Union African American Men & Women, Ages 18-99yrs to portray Family Members at Restaurant for Interior & Exterior Scenes on the hit ABC show Quantico.
Please do not submit if you have already worked on the Quantico Season 3.

If you are available and interested please email Quantico@gwcnyc.com with the subject line reading: FB FAMILY

In the body of the email please include:
– Your name
– Union Status
– Phone #
– Availability for Monday Nov 6th
– What forms of ID can you bring to fill out your I9 paperwork for payment?
– Have you previously worked on Quantico Season 3? If so as what role & When?
– Please attach 2-3 current photos that clearly depict your current look.