Just RANTing the Blues’
OPEN AUDITIONS
“The Big Black Box” Serial: RANT #010: Turmoil, Mystification
&
RANT #011: Well, I Guess That’s That: The Conundrum of the Last Two Caucasian People on Earth
By: Lorenzo B.

Please email justrantingtheblues@gmail.com with any questions.

What You Need To Know…

Just RANTing the Blues is looking for individuals that resonate with the personas (characters) depicted in the show that is being produced. In other words, “they just play themselves”, will not be an issue during these auditions. We want individuals to audition for roles that they feel closely align with their own personality. So no need to force it…there will be other RANTs.

Musicians, Dancers, Singers, Martial Artist…Everyone of all walks of life are welcome to audition. With this project, it’s more important to find the right person than the right actor/actress.
Just RANTing the Blues AUDITION CHECK-LIST

Step #3 – As your selected persona, create a 5 minute video blog that touches on the following (One, some, or all):

1) How do your parents describe the day you were born?
2) What are you most afraid of?
3) What are you a fanatic of?
4) What are your opinions about Chicago?
5) What is your greatest fear?
6) What do you get hysterical about?

Step #4 – Post your video blog entry onto Youtube.com as unlisted.

Step #5 – Email justrantingtheblues@gmail.com with a brief paragraph describing why you would be a good fit in this project, a PDF attachment of your resume & a link to your Youtube video blog.

Just RANTing the Blues will be holding call-backs on Thursday, May 4th from 7 to 9PM. Call-back location will be disclosed in confirmation email. Call-backs will consist of cold-readings and some improv work.

Thanks to everyone that participates! Individuals selected for call-backs will be notified a week before April 19th. At this time, auditioners will be sent copies of some sides, the production’s scripts and the production’s calendar/schedule.

***NO video blog entry will be used by Just RANTing the Blues (marketing, networking, etc.) without the explicit consent of the contributor.*** 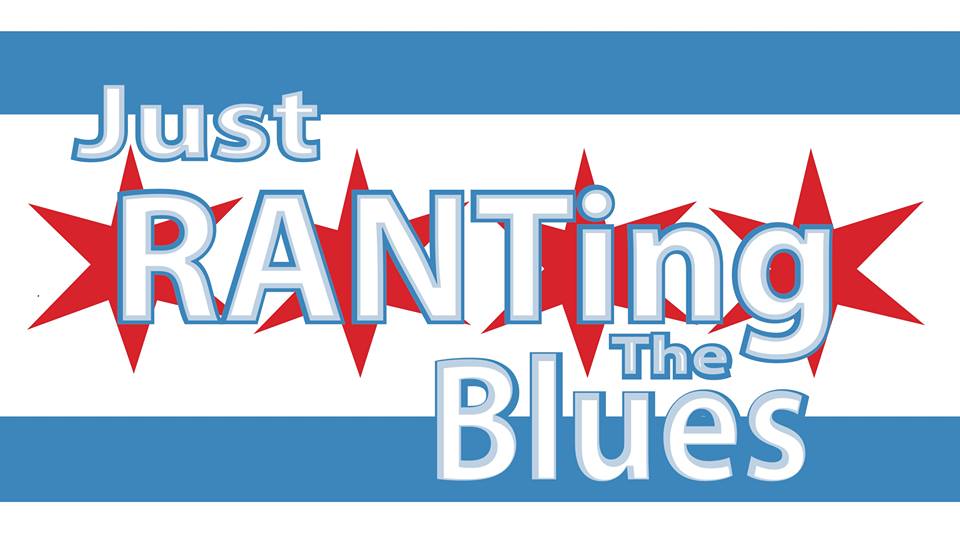 * Darren (The Writer) – Confident, self-proclaimed leader of the group. He’s too busy worry about other people to figure out what’s wrong with his own life.

“DARREN – I guess the reason I wanted to be a writer is because I couldn’t see myself committed to doing the same thing for the rest of my life, everyday with paid vacations. That security is great for some people, but not me. Not me one bit. Stuck in a cubical, slaving away for the man, no thank you. And you, I assume you couldn’t imagine yourself being anything else but a horse trainer?…
…Because you were meant to be a horse trainer. And I was meant to be an writer. And what I’m trying to get across is that maybe that baby is meant to be the greatest person in the world. The creator of the Cancer-AIDS vaccine, or the second coming of the greatest show on Earth.”

* Winston (The Contemplator) – Winston thinks too much. So to avoid constantly thinking, Winston speaks in long blurbs/monologues, to fill the awkward silence.

“WINSTON – I can do that. I’ve always been extremely uncomfortable in silence. There is no such thing as peaceful silence in my life. When it’s quiet it gives me way too much time to think. I’m constantly thinking. Thinking, thinking, contemplating and thinking. But when I talk or people talking to me, directly, it’s so easy not to think. Not one bit…well, maybe a little.”

* Pandora (The Horse Trainer) – Pandora is pregnant but shows no signs of being so. She doesn’t want to have her baby because she doesn’t want it to grow up, in her opinion, in a tainted world. *In a workshop reading of the script, Pandora was played by a man.

“PANDORA – You see, you were right. There are a lot of great things out there for us to have and experience and have done to us, or do to. That’s such an amazing thought. All the possibilities. It’s a bit overwhelming, but I’m starting to be alright with that. I just want to try, I want to get out there and try. And fail sometimes. I really want to fail sometimes, because I want to eventually get it right and I know the only way to do that is by failing, seeing where and what I did wrong.”

* Lucky (The Unlucky) – Lucky is convinced that the world is against him. So he lives his life constantly fearing the possibility of something unlucky happening to him.

“LUCKY – Lucky. That’s my name, don’t wear it out, ha. Don’t let the name fool you though, I’m not very auspicious. I mean, just look at the situation we’re in now. I think it was a big joke to my mom, you know, my name. I think she saw the path ahead of me and thought to herself, “well, at least his name will be lucky.” She isn’t a very funny woman, although her name is Jester, which is kind of funny, I guess. Hmm? We’re all going to die in here.”

* Richard – Logical. There are things called “checks and balances” and he believes wholeheartedly in that. It takes quite a bit for him to concede in an argument. Ultimately, he wants to use his logic for good.

JANELLE:
…I haven’t taken a tally, so there is no way I could have any idea.

RICHARD:
Well it’s definitely probably not four or more. Four’s a real nice round number. Enough room to do some convincing and I’m not convinced. Believe it or not, I do have a limit to my capacity for self-delusion. There’s no point in thinking about how we affect the world out there, because we’re not a part of that world anymore. There’s only…you should just be concerned with the world in here.”

* Janelle – Realistically optimistic. She believes that hard work will eventually result in positive outcomes. She loves being the person to bring people back to reality, even if that means conceding to an argument.

“JANELLE:
That’s all they are. A bunch of words just to avoid the obvious. Of course the door isn’t unlocked. I wouldn’t be here if it were. Of course I haven’t found a key. If I had, that door wouldn’t still be locked and you know what I’d do if that door was unlocked. (She finishes buttoning her blouse. Swallows.) Just a bunch of word jumbled up and farted out of your mouth.”

This casting notice was posted by: Just RANTing the Blues