Casting call in Atlanta for “Simon Vs The Homo Sapiens Agenda”

The FOX 2000 coming-of-age movie is about to begin filming in Georgia and looking for area locals to fill many teen background roles. The story for the film comes from Becky Albertelli’s 2015 novel of the same name and focuses on a pair of high school bffs. Since the film focuses on high schoolers, the production is now casting lots of local teens between the ages of 16 and 19 to fill lots of background roles. The movie will begin filming in March 2017 and extras casting directors for the film at Role Locke will only be considering teens that are at least 16 years of age and local to the Atlanta, Georgia area.

Australian newcomer, Katherine Langford, has landed the lead female role of Leah in “Simon Vs The Homo Sapiens Agenda.” She will also be seen in Netflix’s upcoming young adult TV series, 13 Reasons Why. Nick Robinson stars opposite Katherine Langford in the lead role of Simon. Also cast in the film is Logan Miller and Alexandra Shipp. Greg Berlanti is directing “Simon Vs The Homo Sapiens Agenda” and the script is written by Isaac Aptaker and Elizabeth Berger.

The movie is about a gay student named Simon and his best friend Leah. According to the film’s IMDB page, Simon, A young gay teen takes a novel approach to coming out to his classmates. Deadline describes the story as follows… When an email written by Simon falls into the wrong hands, he is forced to find a way to step out of his comfort zone before he’s pushed out — in a way that won’t alienate his friends, compromise himself, or ruin a shot at happiness with the most confusing, adorable guy he hasn’t even met yet. 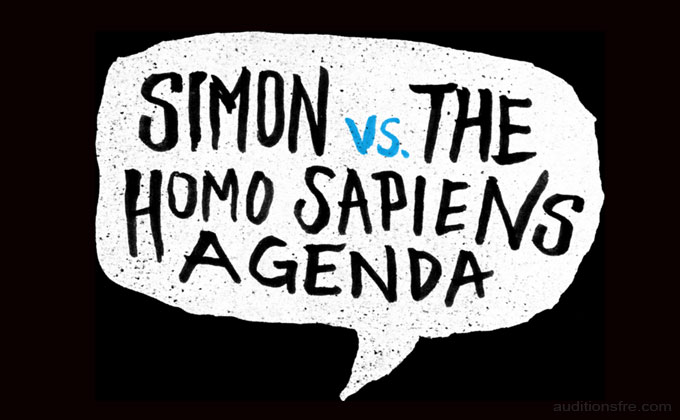 WINTER CARNIVAL
Seeking High School Students to work at a fair
These are overnight shoots and are exterior fair scene
Any Ethnicity/ Age 16-20
Rate: 64/8
Dates: April 18th and 19th – Overnights
Must be available both dates
Subject: WINTER CARNIVAL

If you fit the description and are available them please email
RLC@RoseLockeCasting.com
Include 3 pics (head, body and profile) age, ht, wt and all contact info.