Get Cast in Marvel’s Ant-Man sequel.

If you live in the Atlanta area, you have a chance at landing a small role in Marvel’s upcoming Ant-Man Sequel.

Marvel’s new Ant-Man movie is being called Ant-Man VS. The Wasp and is currently in production in the Atlanta area and is seeking background talent to work in a scene filming later this week. The movie’s casting directors are booking Atlanta area residents who would like to work as paid background extras.

Georgia’s Central Casting is in charge of the extras required for the film and have been holding open calls since the spring for this movie as well as other large budget projects.  The immediate needs for the production are listed below and folks not fitting the casting specs are also able to stop by the Central offices in the ATL area to sign up for their talent roster. 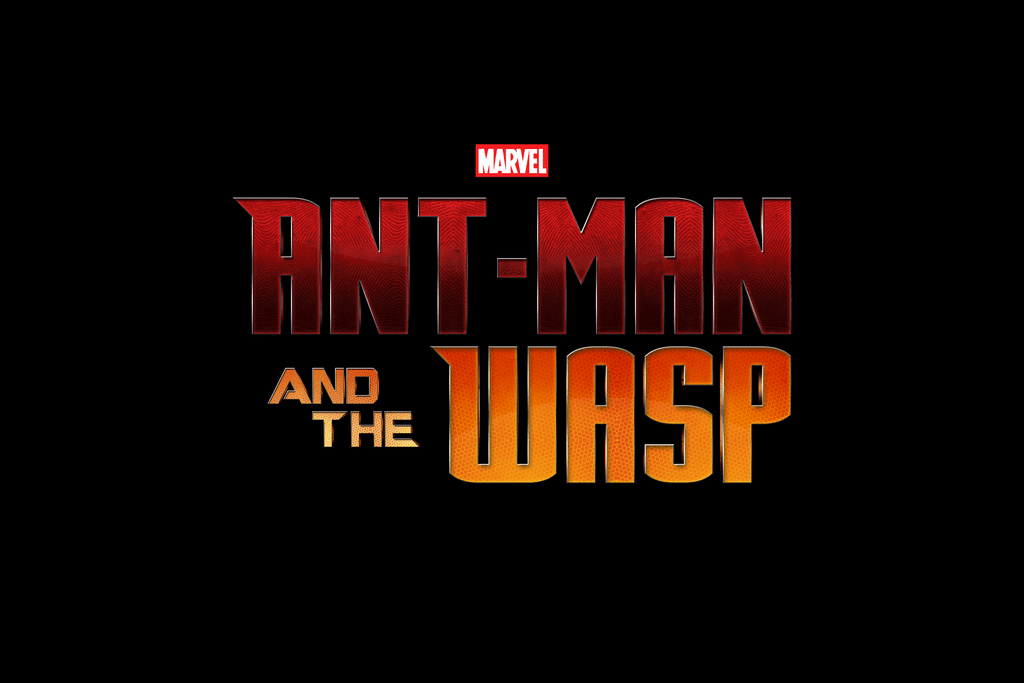 The Ant-Man sequel will follow the original Ant-Man film which is based on the comic book and stars Paul Rudd as Ant-Man AKA Scott Lang. Ant-Man has the ability to shrink in size, yet increase in strength, an ability he gained after stealing some technology from a scientist named Dr. Hank Pym, played by Michael Douglas.   Paul Rudd will be coming back in the sequel as the main character Ant-Man. The movie will also star Evangeline Lilly as Hope van Dyne AKA The Wasp, Michael Douglas, Michael Peña and David Dastmalchian

Marvel has a huge year coming up with sequels to many of their popular comic book inspired franchises.  The Ant-Man Vs. The Wasp project seems to be filming under the working title “Cherry Blue.” Be sure to also check out all the other casting auditions in the Atlanta area to see the list of other projects looking for local talent. 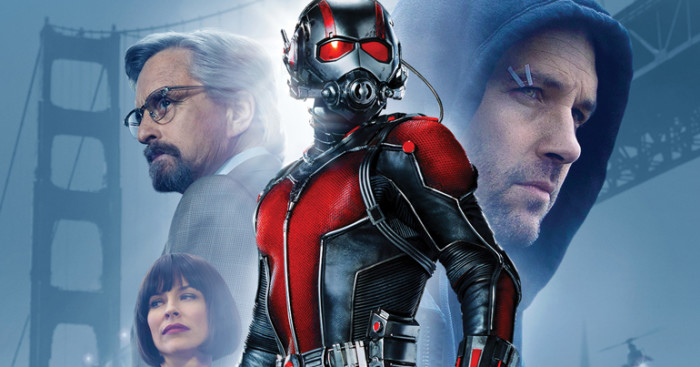 We are looking for Hispanic/Lain looking MEN and WOMEN or MEN and WOMEN that appear to have have fair skin tone & dark hair to portray 1980’s Argentinian locals for an awesome set of scenes on Marvel’s “Cherry Blue”.

MUST BE AVAILABLE FOR A FITTING IN SAVANNAH TODAY, FRIDAY 10/27 and to work the entire day on 10/30 & 10/31.
Looking for people that are local to the Savannah area as travel will NOT be provided/compensated.

If interested and completely available, please email your name, phone number and a current FULL length picture of yourself and current sizes to: savannah@centralcasting.com and put LAST CHANCE in the Subject Line. 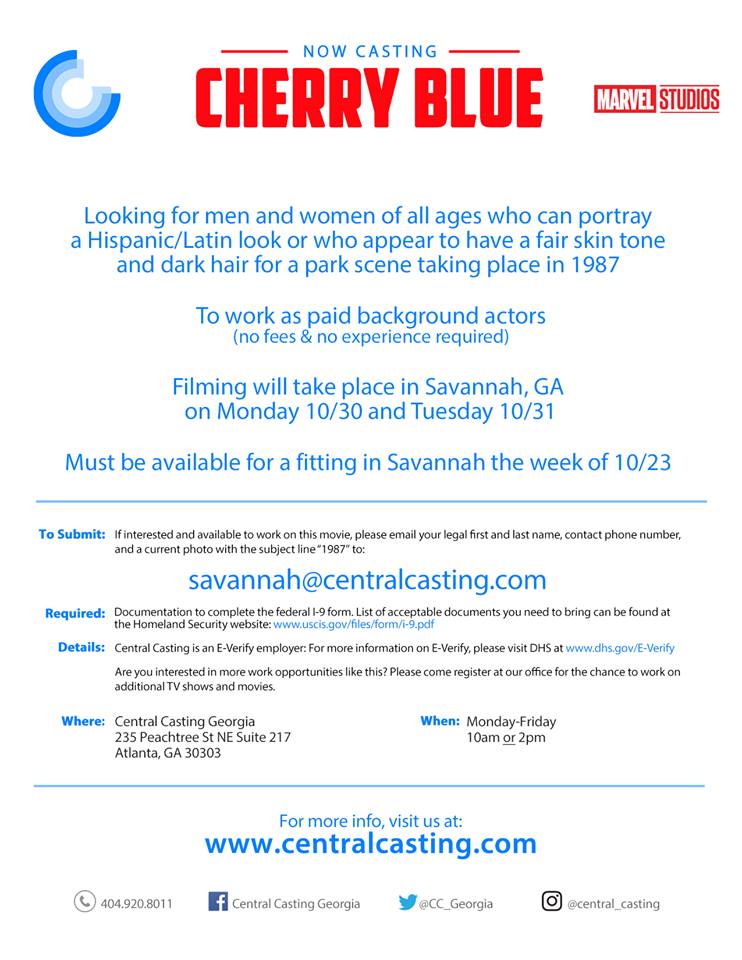 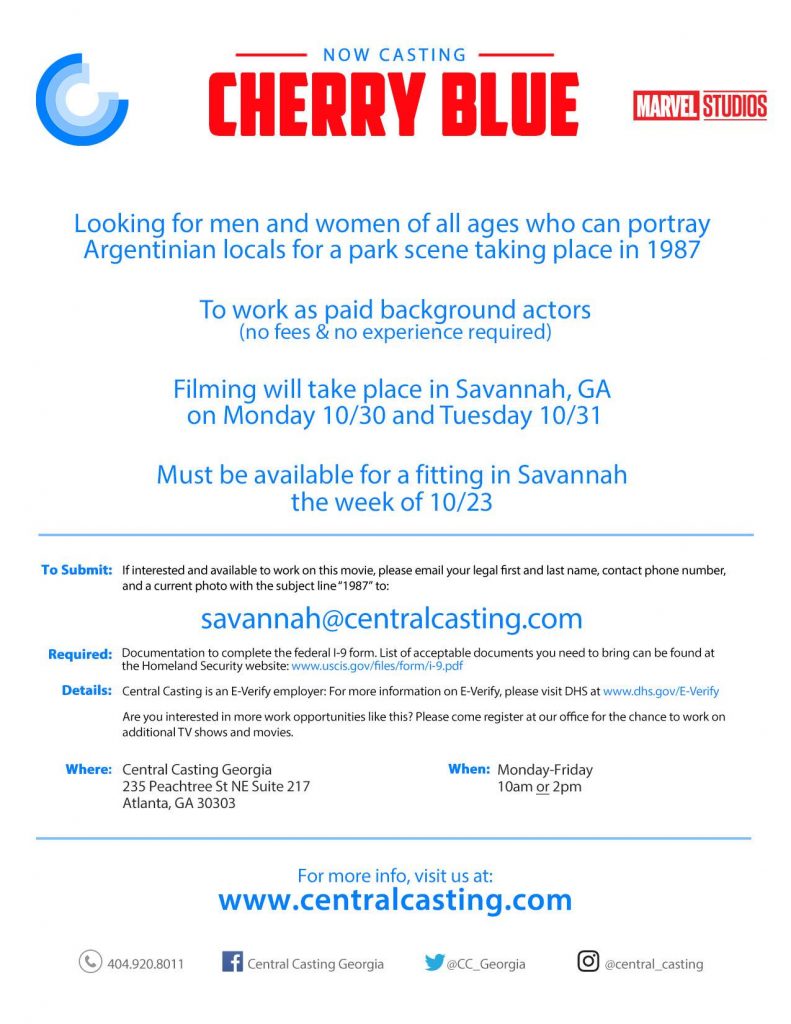