THE MOUSETRAP
By Agatha Christie

Directed by Keith A. Anderson

A news report on the radio reports a recent murder in London. Mollie and Giles Ralston, the young owners of the once-regal Monkswell Manor estate recently converted into a guesthouse, hardly notice the news. They are far too busy preparing for their first guests, and concerned that the heavy snow falling outside may cause problems. Their guests arrive safely, but then the Manor becomes snowed in, cutting them all off from the outside world.

A policeman arrives on skis, announcing that he suspects that one of the seven people at the Manor may be the reported killer. The suspects include: the married couple operating Monkswell Manor, a mysterious young woman who has been living abroad, the young man with wild hair and attire who says that he was named after a famous architect, a retired army major, a jurist who makes life miserable for everyone, or an unexpected visitor who claims his car has run into a snowdrift. After a second murder, Sergeant Trotter is convinced that the murderer is indeed at Monkswell Manor. Is the murderer one of the Innkeepers? Is it the unmarried woman with the curious background? During his interrogation, Sergeant Trotter uncovers the many mysterious secrets of everyone present as he tries to solve the mystery in true Agatha Christie style. 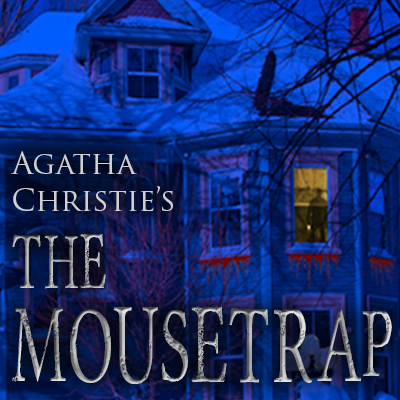 Audition requirements:
Bring headshot and resume to audition. Please also email digital copies of both to Assistant Director Mary Anderson at maryemily@rocketmail.com. No prepared monologue is required. Audition will consist of cold readings from the script. Bring your calendar and be prepared to list all potential conflicts. Standard British dialect required.

All roles are available:

Mollie Ralston (F-20s-30s) – Recently married to Giles. Together they have opened a new guesthouse. She is determined to take the very best care of her guests, though both are inexperienced innkeepers.
?
Giles Ralston (M-20s-30s) – A somewhat arrogant, attractive man, married to Mollie. He fiercely protects Mollie but also is prone to jealousy.
?
Christopher Wren (M-20s-30s) – A peculiar young man with an odd sense of humor as well as an appreciation for fine things. Noted in the script that he has a wild, unruly hairstyle.
?
Mrs. Boyle (F-50’s) – A mature, dominating woman prone to complaining and getting her own way.
?
Major Metcalf (M-40s-50s) A middle-aged, square-shouldered retired military man.
?
Miss Casewell (F-20s-30s) – A mysterious, aloof young woman who is referred to as somewhat masculine in appearance & voice.
?
Mr. Paravicini (M-40s-60’s) – An eccentric gentleman with an accent, possibly Italian, with a small, flamboyant mustache. Roguish, charming, and mysterious.
?
Detective Sergeant Trotter (M-20s-30s) – A professional and determined young detective from Scotland Yard who arrives in a snow storm, saying he has come to protect the guests from the murderer. While appearing young, he does take his job quite seriously. He is meticulous as well as courteous in his investigation.

This casting notice was posted by: Lamplighters Theatre