Producers are working on the pilot episode and Casting Directors at Telsey + Company are holding a talent search for the role of Michael Hallowell who is described as a transgender student who has an amazing singing voice. Actors applying for the role must be at least 18 but able to play 16.  Michael Hallowell is seen by the students around as a girl but is in transition to becoming a young man.  Those interested in the roles need to get the submissions in ASAP because the deadline to submit is tomorrow and the TV pilot begins filming later this month.  Video Auditions / online auditions may be submitted through a page created by the casting directors.

16-year-old “Moana” actress Auli’i Cravalho has landed the lead role in the upcoming NBC Universal TV pilot “Drama High.” The show is set in a high school and focuses on the talented students and staff within the drama department of a high school. Auli’i Cravalho will be playing a talented student named Lilette who balances school, following her dreams and working in the local diner. 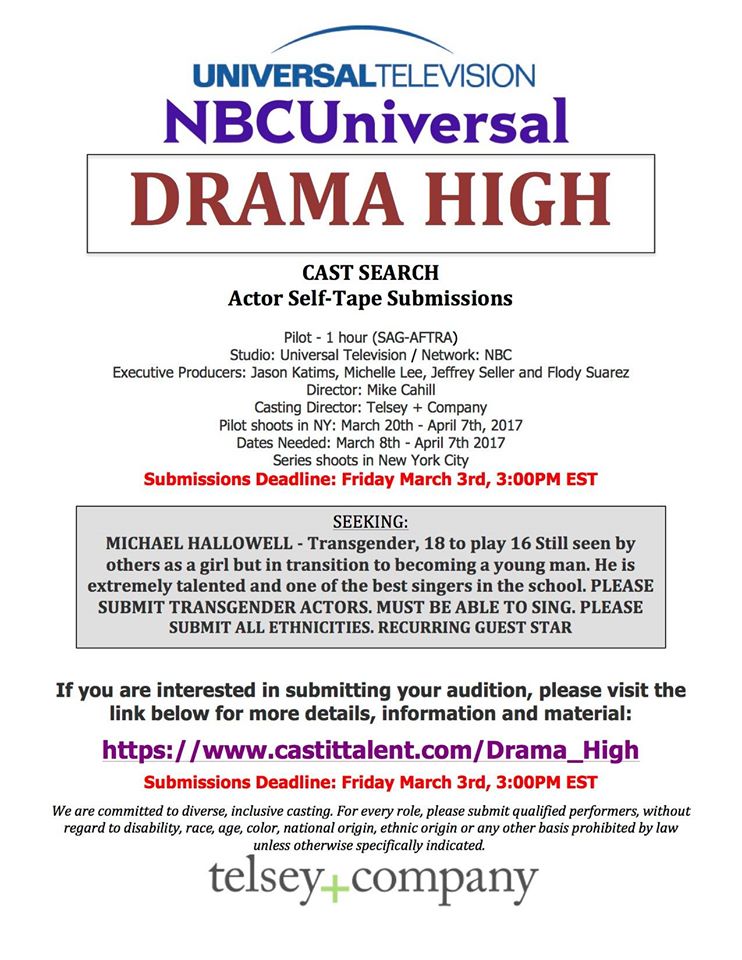 Michael Hallowell – Search
Transgender, 18 to play 16 Still seen by others as a girl but in transition to becoming a young man. He is extremely talented and one of the best singers in the school. PLEASE SUBMIT TRANSGENDER ACTORS. MUST BE ABLE TO SING. PLEASE SUBMIT ALL ETHNICITIES. RECURRING GUEST STAR.