The fast paced cooking show Chopped is looking for kids and teens, ages 9 to 15 for an upcoming Chopped Kids special.

Chopped  is a high speed cooking competition that puts the competitors skills to the test by preparing a appetizer, entree and desert. Each course has a strict time limit of 20 to 30 minutes and after each course is cooked, it goes to the judges for the taste test. Each episode begins with 4 competitors cooking the appetizer and after every course goes to the judges table, 1 of the competitors will get chopped. By the dessert course only 2 competitors remain and one of them will walk away with the prize of $10,000. 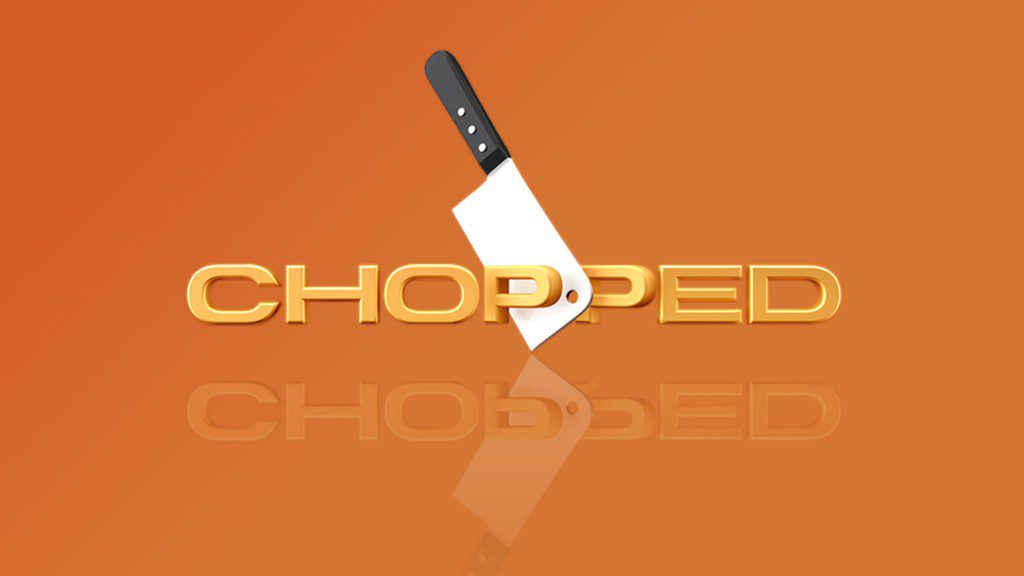 The show is not without twists. For every challenge the cooks must use ingredients from a mystery basket which forces them to create their recipe on the spot.

The show is hosted by food editor, Iron chef and restaurant critic, Ted Allen. Every episode of Chopped has different contestants which have included amateur and pro cooks alike. Some of the special episodes of Chopped have included firemen, food truck cooks, teens, school lunch ladies and more.

Chopped is holding tryouts for the new season, if you would like to apply to be on one of the kids culinary challenges, check out the casting flyer below for more information. 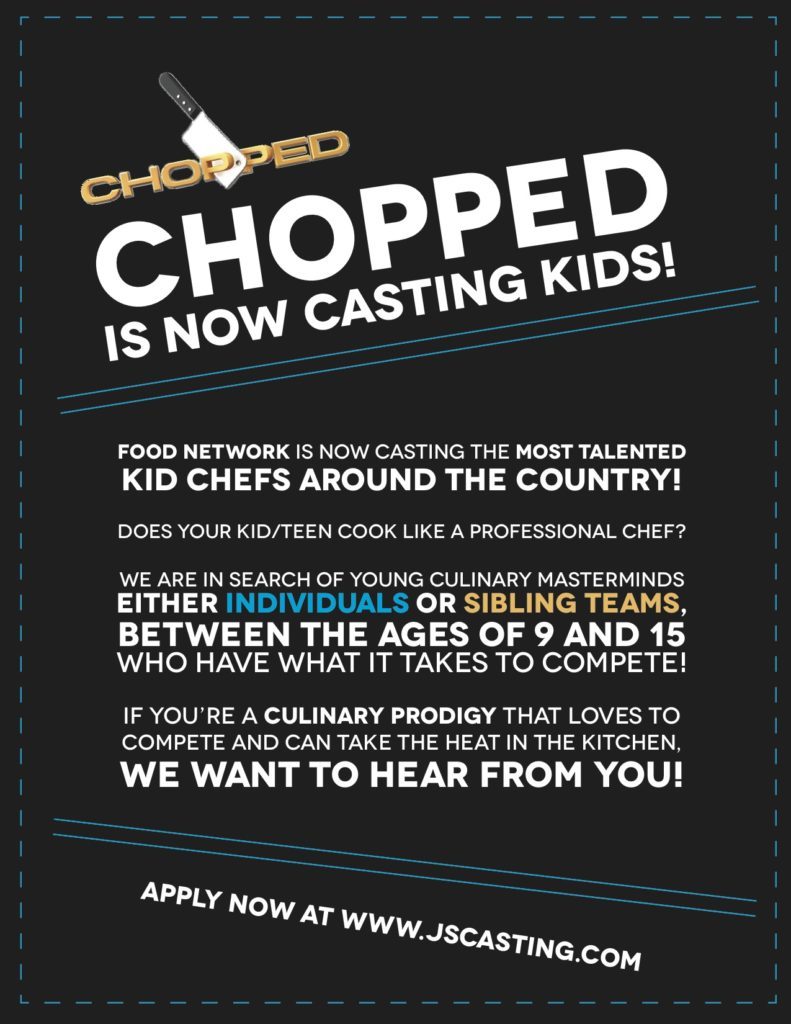 One thought on ““Chopped” casting Kids and Teens Nationwide”