Inspired by the true story of a Cuban family forced from home with a longstanding legacy.

NEW YORK CITY – Compelled to preserve the legacy of the Arechabala family, playwright Vanessa Garcia and director Victoria Collado will lead the casting of the AMPARO immersive theatrical performance that portrays the events that led up to the Arechabala family being exiled from Cuba, and of Ramon Arechabala, who boldly managed to take his family’s rum recipe with him out of Cuba.

In collaboration with Amparo Arechabala, widow of the late Ramon Arechabala, and the Arechabala family, Garcia and Collado are seeking actors to play authentic Cuban characters. All genders and ethnicities, Ages 25 – 65. Cuban, Afro-Cuban, Latinx, Afro-Latinx actors strongly encouraged to audition. Casting for AMPARO will be held in New York City on Sunday, December 9, 2018. AMPARO is currently in production and scheduled to open in Spring 2019.

About AMPARO
Named after the widow of the late Ramon Arechabala, whose family originally founded an iconic rum brand, AMPARO takes its audience back to pre-revolutionary Cuba and tells the story of the confiscation of their company by the communist government and their exile to the U.S. Paying homage to a painful past, AMPARO is a historic recollection of the family’s Cuban heritage, their legacy and how they have successfully reclaimed what was rightfully theirs.

About Playwright Vanessa Garcia
Vanessa Garcia is a multidisciplinary artist working as a novelist, playwright, and journalist. As a journalist, feature writer, and essayist, her pieces have appeared in The LA Times, The Miami Herald, The Guardian, The Washington Post, Narrative.ly, and The Southern Humanities Review, among numerous other publications. She holds a PhD from the University of California Irvine in English (with a focus in Creative Nonfiction), an MFA from the University of Miami (in fiction), and a BA from Barnard College, Columbia University (English and Art History). Most recently she was a Sesame Street Writer’s Room Fellow. She’s currently a WP Theatre Lab fellow and Professor of Writing at SCAD (Savannah College of Art and Design).
http://vanessagarcia.org/ 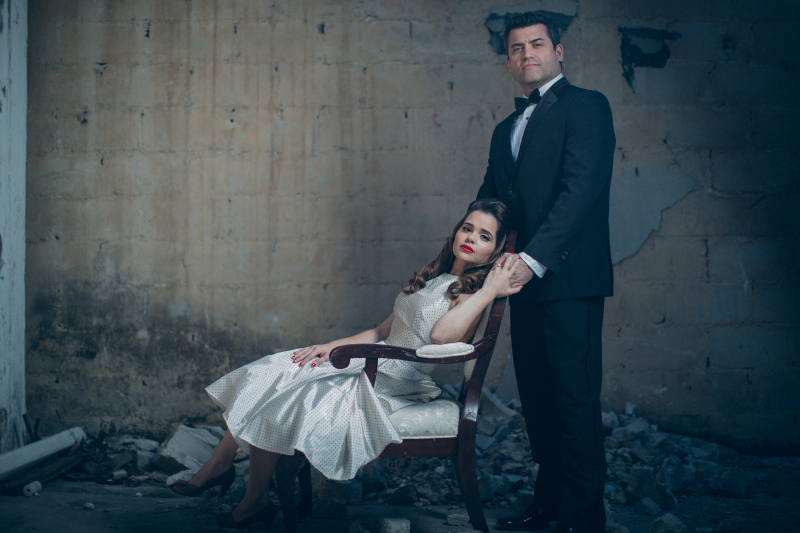 About Director Victoria Collado
Victoria Collado received her BFA in Theatre Performance from Florida International University. She has directed for Repertorio Español, MCC Youth Company, Sheen Center, IATI theatre, Microteatro Miami, Columbia University/Signature Theatre and others including the first run of “Amparo”. She was a Van Lier Directing Fellow with Repertorio Español where her productions of El Cruce Sobre el Niagara and El Burlador de Sevilla were produced, part of the Directing Corps in the Williamstown Theatre Festival, a recipient of the SDCF Observership. She is a fellow of the WP Theater’s 2018-2020 Lab.
http://www.victoriacollado.com/

City or Location of call:
Please submit to: Abrecaminocollective@gmail.com by 2018-12-07

This casting notice was posted by: Vanessa Fernandez