written by Will Eno

MIDDLETOWN is often compared to Thornton Wilder’s OUR TOWN. The plays share some structural and thematic similarities, but MIDDLETOWN is not Eno’s attempt to write an updated version of Wilder’s play. If anything, Eno owes as much as much to Samuel Beckett or Edward Albee as he does to Wilder for the theatrical influences on this play. Middletown, the village where the play takes place, is a kind of metaphor for that time between life’s two great mysteries – birth and death. It is what occurs between those life defining events, how and with what we fill the middle part, which MIDDLETOWN explores.

The play is not plot driven. It consists of a series of vignettes in which many ordinary citizens of the town reveal the events of their lives and the qualities of their personalities which make up the web of the play. The language of the script comes across as a casual, stream-of-consciousness flow, while simultaneously bordering on the poetic. What is this play about? It is about a mighty big question: What is the nature of our existence?

Winner of the 2010 Horton Foote Award, Most Promising New Play

The play has over 20 characters, played by a cast of 12 (6F/6M). Five main characters will be played by actors who play no other parts. The rest of the roles will be double or triple-cast among the remaining members of the actors in the ensemble.

Ensemble Characters
Astronauts, doctors, nurses, homemakers, writers, landscapers, janitors, tourists: Any and all of the men and women who make up Middletown. Most of these characters appear in only one scene, but each scene is self-contained – a series of mini-plays which collectively make up the whole. Every character contributes to the big themes of the play.

This casting notice was posted by: Chagrin Valley Little Theatre 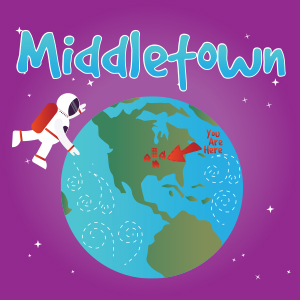