LOOKING FOR ACTORS WITH CEREBRAL PALSY FOR A MAJOR ROLE IN A SAG-AFTRA
FEATURE FILM FILMING IN LOS ANGELES SEPTEMBER 2019.

ROLE OF CHRIS:
AGES 14 TO 25 YEARS OLD, AFRICAN AMERICAN MALE, L.A. BASED
Chris has cerebral palsy, which causes him to walk with a limp. His father is flakey and he has
a poor relationship with his mother, Heidi. When Tony and Gil take over his home, Chris flies
under the radar as weak, both physically and mentally, giving him an opportunity to prove to himself that he is much stronger than he gives himself credit for.

STORYLINE:
When a home invasion goes terribly wrong, a ragtag pair of incompetent criminals find refuge
in the house of a single mother as they wait on their fiery (and very pregnant) getaway driver
to hash an escape plan in time for a big payday.

HOW TO SUBMIT:
SEND A RECENT PHOTO WITH YOUR NAME, AGE & HEIGHT, ALONG WITH A SHORT VIDEO CLIP ABOUT YOURSELF TO BHRCASTING@GMAIL.COM.

This casting notice was posted by: BHR Casting 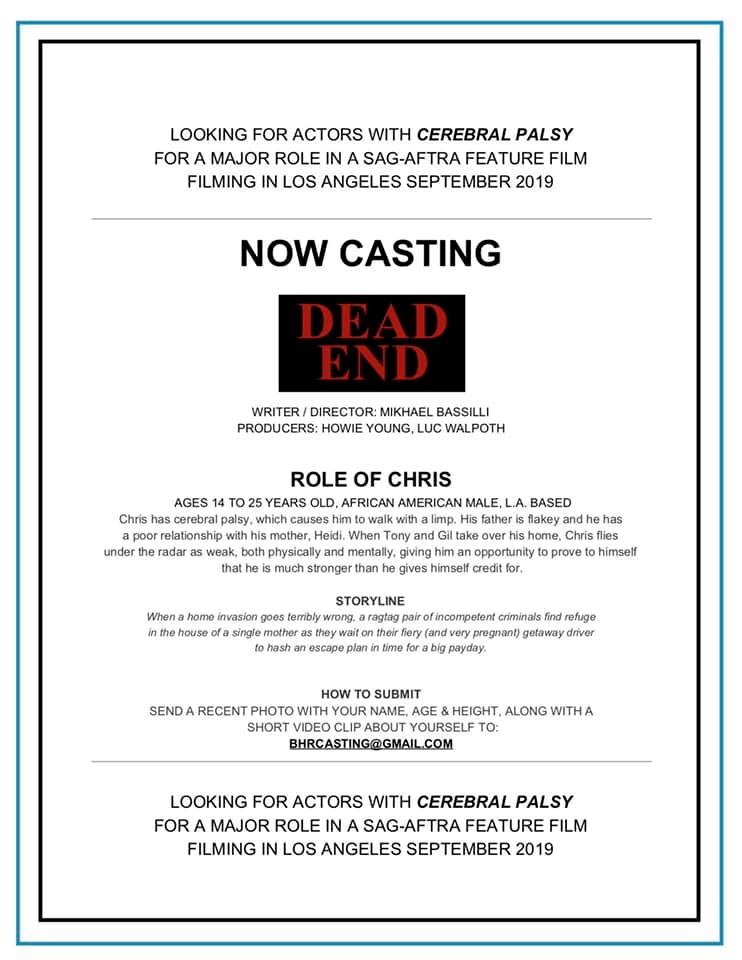