Think you can dance? Maybe star on Broadway? The hit Broadway show “Wicked” will be holding open auditions for dancer roles in Los Angeles.

The show is seeking what they are calling unique and fit dancers with strong ballet & Jazz abilities.  They go on to mention that they are looking for “edgy” as in think… So You Think You Can Dance.  All ethnicities are welcome to audition and the age ranges for dancers are described to be between 18 and 30’s.  2019 L.A. auditions for the Broadway show are being held on the 15th and 16th of this month.

The show will be hosting open auditions for dancers later this month in the L.A. area.  They are seeking both equity and non-equity performers to join the cast of the Broadway show and the national tour. Auditions will be held next week and all ethnicities are welcome to tryout.  Please see the casting flyer below for all the details.

“Wicked”  is a re-telling of the  L. Frank Baum’s classic story “The Wonderful Wizard of Oz,“…..  from the witches perspective. “Wicked”  is based on the Gregory Maguire novel “Wicked: The Life and Times of the Wicked Witch of the West“.  The story begins before Dorothy ever set foot in OZ, but continues after her arrival.  “Wicked” is a tale of friendship and trust that  reveals that there are always two sides to a story. The show’s main characters are Elphaba, the Wicked Witch of the West and Glinda the Good Witch.  The show follows Elphaba through her childhood and schooling. Elphaba is a passionate activist who wants to fight injustice. Glinda is her “spoiled rich girl” friend. The two are unlikely friends who must deal with differences in opinion and get caught up in a rivalry over a man they both want. The stories events and their friendship will ultimately lead to  Elphaba’s ultimate fall from grace and get Elphaba labeled “Wicked“. 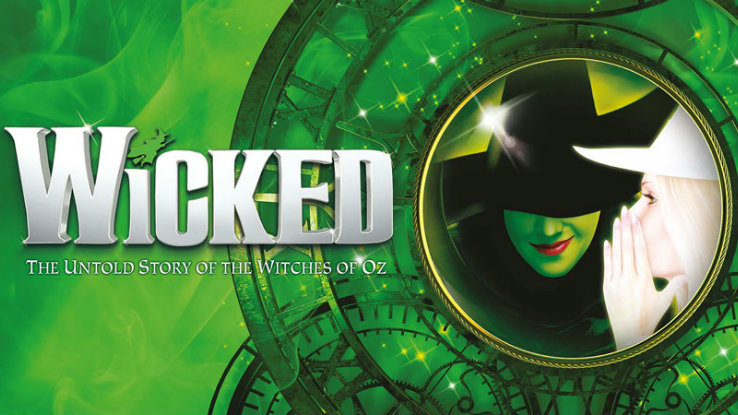 The show is produced by Universal Studios, Marc Platt and David Stone. “Wicked”  premiered on Broadway at the Gershwin Theatre in October 2003 and has become one of the biggest show’s in the country. The Broadway production won three Tony Awards and also received a Grammy. It October of 2013, the show celebrated it’s tenth year. At that point it was the 11th longest running musical on Broadway having put on over 4,600 shows.

If you want a chance to join the cast, check out the below casting flyer for submission details. Talent interested must email the provided address for further instructions. 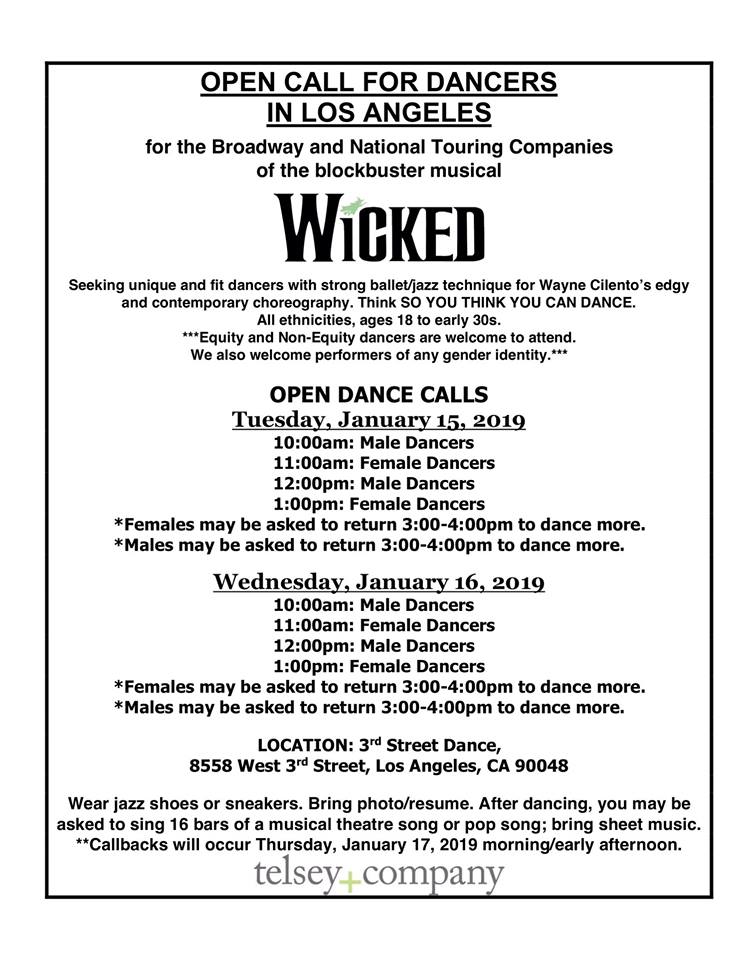