If you can sing and have always wanted a chance to audition for Disney, here is your chance. You may also do this without even leaving home as Disney Music casting directors are accepting video auditions from talented A Capella singers nationwide.

Video submissions / video auditions are now being accepted from singers nationwide.  The deadline to get your audition videos in is the 30th of this month.  Please see the casting notice below for more details.

DCappella is an A cappella group formed via a national search and run by Disney Music Group featuring Disney songs. Deke Sharon is DCappella’s co-creator, music director, arranger and producer. 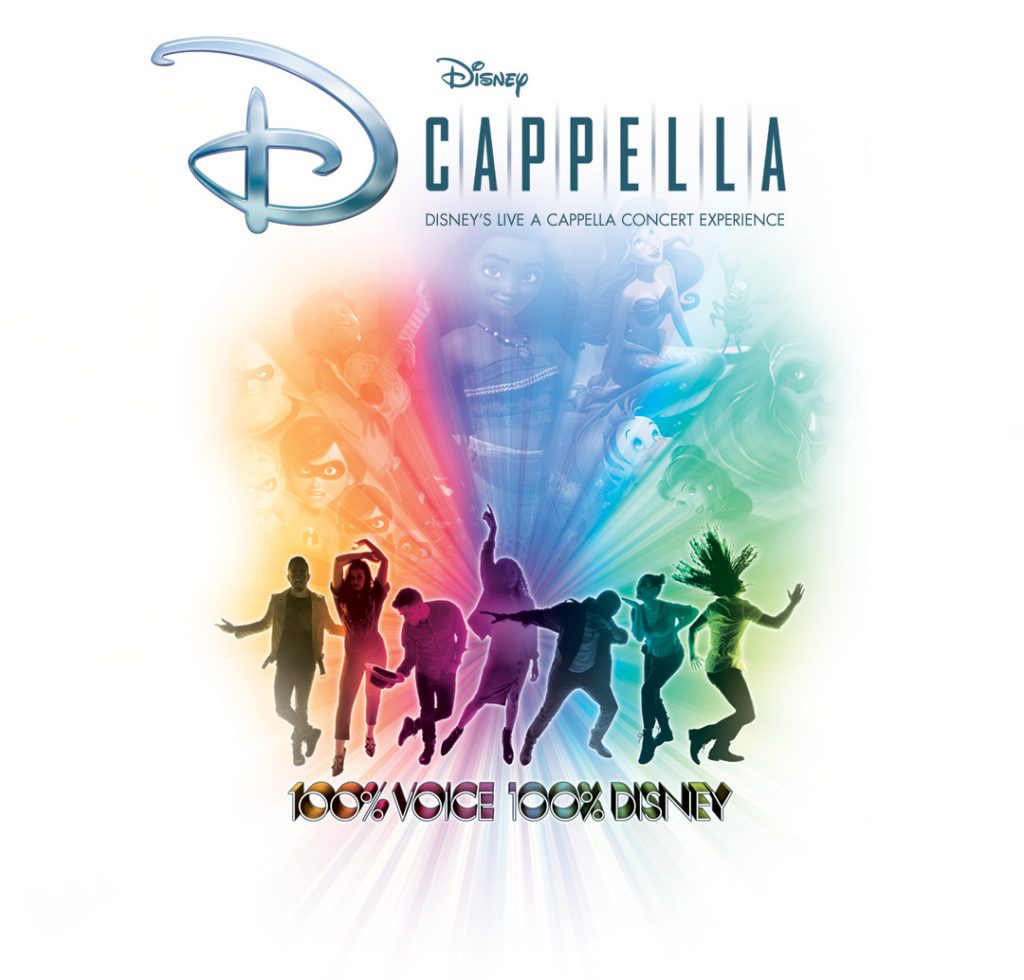 Disney Music casting directors are looking for an Alto singer between the ages of 20 and 30 to join the the national and international touring singing group.

Please note that for online audition submissions, or to attend the open call that is coming up in Los Angeles, go to the links that are listed on the flyer below. 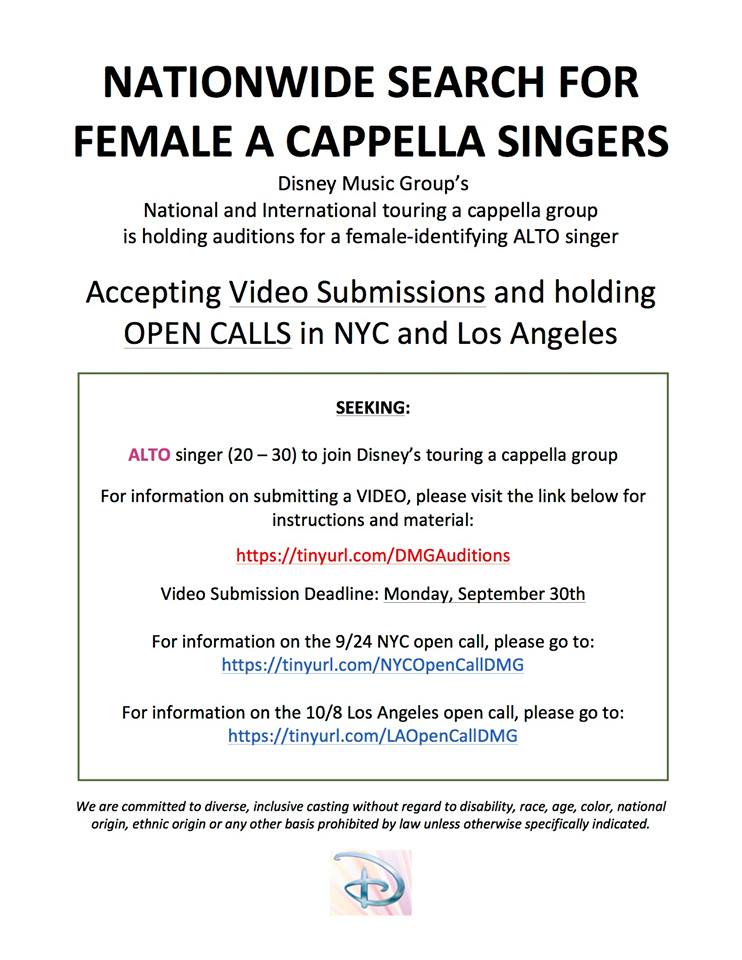