Open call for child tap dancers for Flying Over Sunset.

If you have a talented child who can tap dance, here is a chance to get him on Broadway. An upcoming Broadway show is looking for a boy who can play a young Cary Grant on stage.  The open auditions are being held in the New York City area, however, those that cannot make it to the open call are able to email their video auditions as well.

The musical “Flying Over Sunset” is coming to Broadway in 2020 and there are upcoming open auditions for child tap dancers who would like to be part of the cast. “Flying Over Sunset” has music by Tom Kitt with lyrics by Michael Korie. There is also a book that was written by James Lapine. While the musical is a work of fiction, it is based on characters that are well known. The story is described as a fictional account of a meeting between Aldous Huxley, Clare Boothe Luce and Cary Grant.

Open auditions are being held in NYC on the 3rd of this month.  The casting team with Telsey is looking to cast male tap dancers between the ages of 8 and 12 that can play a young Cary Grant in the Broadway musical which will be produced by the Lincoln Center Theater in New York. 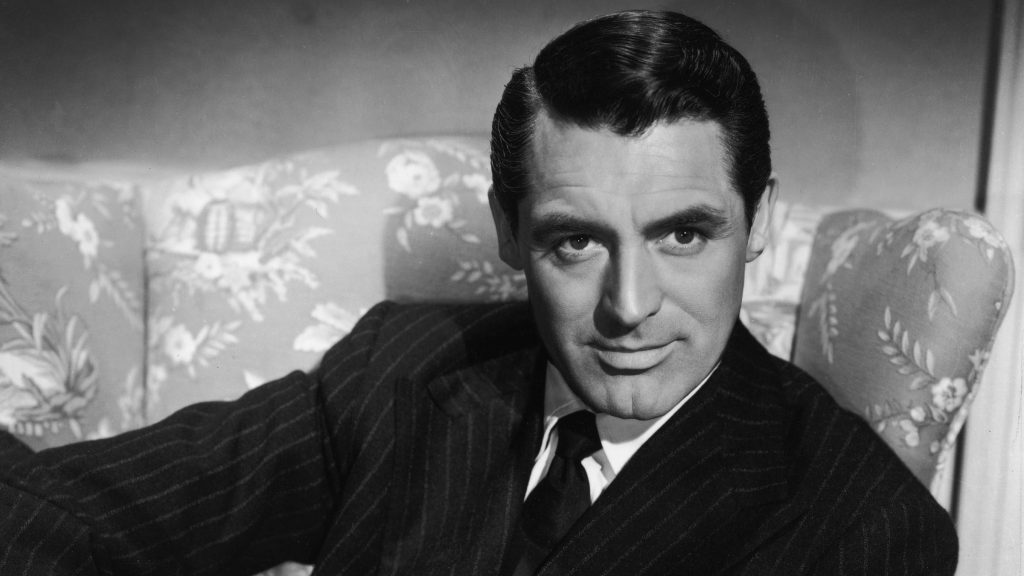 According to the musical’s Wiki page, “Flying Over Sunset” will be coming to the Vivian Beaumont Theater in April of 2020 with a preview scheduled for the previous month. The cast includes Carmen Cusack who is playing Clare Boothe Luce, Harry Hadden-Paton as Aldous Huxley, and Tony Yazbeck as Cary Grant. The musical will be directed by Lapine with choreography by Michelle Dorrance, sets by Beowulf Boritt, costumes by Toni-Leslie James, lighting by Bradley King, and sound by Dan Moses Schreier.

Please see below for the details. 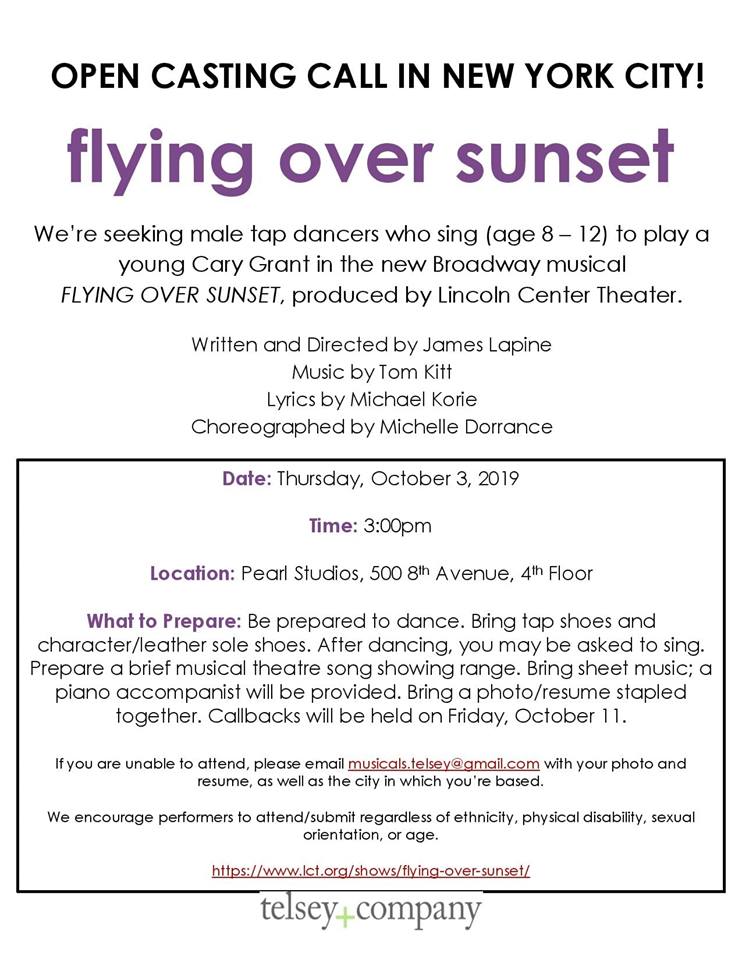