For Your Eyes Only

Chosen Writa Productions is currently casting for a non union theatrical production entitled “For Your Eyes Only.” This is a story about a former drug dealer who was saved from death only to discover his true purpose in life at an inner city bus stop. I feel that this story will be able to relate and translate to the times we are going through in today’s society.

However, There is no compensation if cast. In lieu of compensation, you will gain more experience and will be getting exposure. There will be three shows in October 2019 at The Proscenium Theater at The Drake. Rehearsals will begin July 13th and every Saturday after that from 9am -12pm until October 10th. We will also add additional Tuesday rehearsals when we get closer to the performance date.

If interested please send your resume, headshot, and video audition to Isaac.CahoeJr@gmail.com. 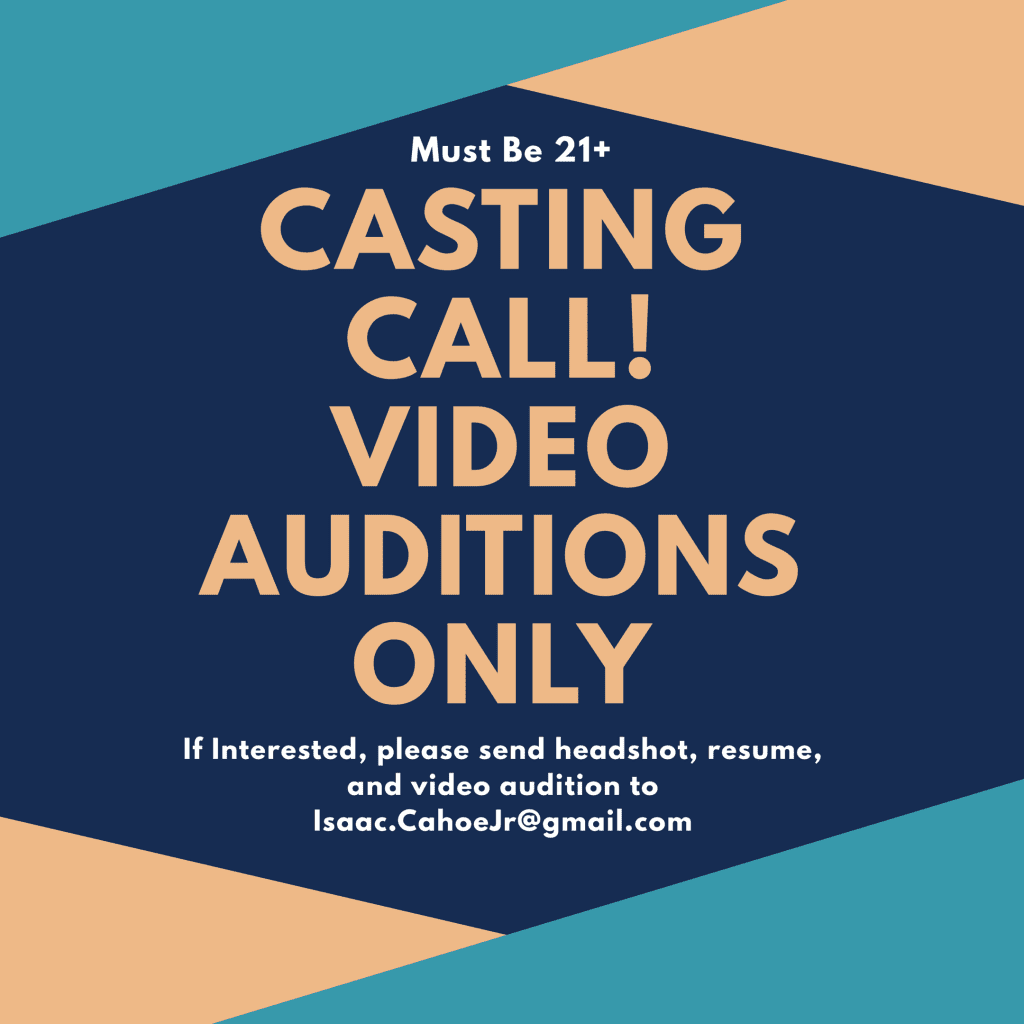 Please introduce yourself and explain your interest in this role. Recite a one minute monologue of your choice. Prepare a song(at least 16 bars of appropriate music) *Optional for singers*

Below is a list of character descriptions for you to peruse:

Malachi, late 20’s is a former drug dealer turned street minister with a troubled past. Growing up without a father and having to take care of his family by dealing drugs to be financially secure. He had a near death experience when a close friend of his attempted to take his life. While in the hospital a nurse witnessed to him about the gospel of Jesus Christ. He accepted, believed and confessed that Jesus Christ is Lord so that he may be saved. From then on, he made a conscience decision to spread the good news and witness to people on the street about Jesus Christ.

Jasmine, early 20s is an envious baby mother who is struggling to raise her child by herself. Which in turn distorts her opinions and the way she views all men. Jasmine is currently fighting for full custody of her daughter. She is also a hard working woman who doesn’t like to accept handouts from anyone or anybody.

Andre, early 20s is a flirtatious comedic street hustler who is trying to make a better life for himself. Andre doesn’t have the greatest educational background but his quick wit and gift of gab makes him the perfect street hustler.

Chanel, late 20s is a snobbish, conceited, independent woman who has plans to expand her fashion agency globally. Chanel is intellectual with and extensive educational background in fashion. Chanel is a driven and persistent individual who stops at nothing to accomplish her goals.

Gavin late 20s, early 30s is a stylish, yet reserved youth pastor who is very discreet about his life. He is an active member in his church and a person that people can look to for guidance. Gavin is seen as a role model and an inspiring figurehead amongst his family and friends. He is attempting to resurrect his troubled marriage with his confused wife. They attend marriage-counseling sessions regularly to help solve the core problems in their marriage and reconcile their differences.

Leah, late 20s, early 30s is Gavin’s unhappy wife. She has never been committed to anyone in her life so she often looks for love in all the wrong places and things to temporarily satisfy her.

Romar, late 20s is a bold, insensitive ex-con who was arrested for drugs, armed robbery and murder. Upon his release from prison he went back to doing the same familiar things that got him incarcerated. He has one daughter with his baby mother Jasmine and a new girlfriend Alicia

Stanley, late 20s, early 30s is power driven philanthropist/investor who uses his money as an advantage to prey on women who are trying to make their dreams come true.

Alicia, late 20s, early 30s is a promiscuous and unfaithful girlfriend to Romar and Andre. Alicia is a gold digger that will target and use any man to ensure that she has the finer things in life.

Familiar Spirit is Satan’s cohort in carrying out wicked plans and making sure people deny Jesus Christ. The familiar spirit is the double or the alter ego of an individual.

Angel is the spiritual being who was sent as a messenger of God to protect, guide humans in the right direction and carry out the tasks of God. The Angel uses music to minister and comfort the trouble characters.

City or Location of call: Philadelphia, Pa
Please submit to: isaac.cahoejr@gmail.com by 2019-07-11

This casting notice was posted by: Chosen Writa Productions

One thought on “Theater Auditions in Philadelphia PA”