Girl get your power back!

Synopsis: Tasha and Melanie are having a hard time dealing with their momma’s death due to domestic violence. Tasha is struggling in her relationship, and Devonte is coping with his insecurities as a man.

Aunt Mary Lee- Early 60’s African American female who has raised her sister kids and finds out the secrets they all been hiding.

Tasha- Early 20’s African American female who is in an abusive relationship and is jealous of her scholar sister Melanie.

Melanie- Early 30’s African American female, entrepreneur and Ph.D. student. She is driven and won’t let anyone stop her from pursuing her goals

This casting notice was posted by: Keisha Brown. 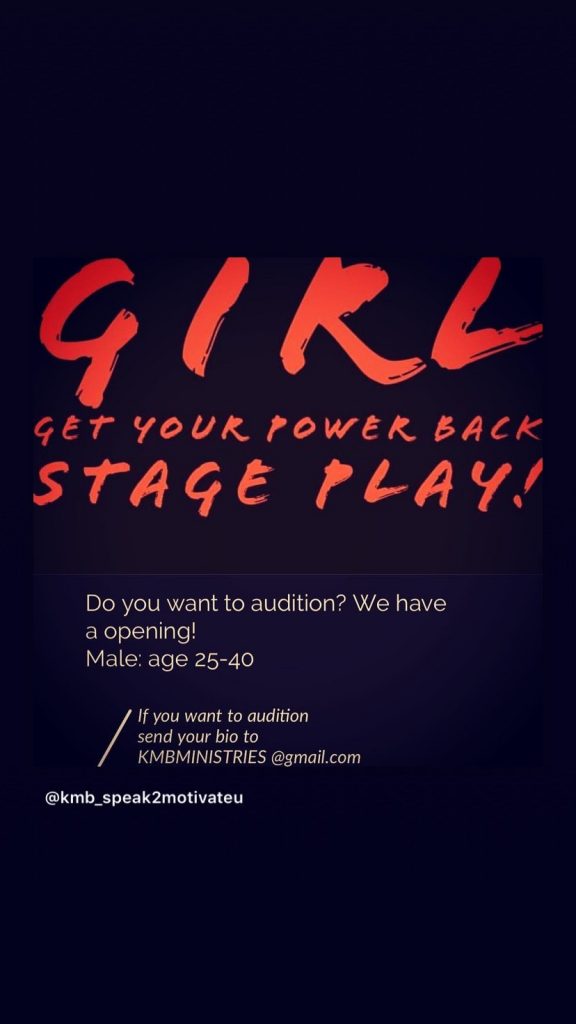