AUDITIONS for THE TRIP TO BOUNTIFUL, By Horton Foote.
Directed by Brenda Darling.

Featuring a multi-cultural cast, this interpretation of the well-loved, multi-award winning play, film and TV movie features several strong and compelling roles. Its themes which cut across cultures, include ageism, elder abuse and the triumph of the human spirit over adversity.

This is a non-union, non-paying production.
For over a century, ATC’s outstanding casts, crew & management have been volunteers who love theatre.
Our cast will be multi-ethnic.

Ludie Watts 50-55, male, non-Caucasian, low paid accountant recently recovered from 2 years of unemployment due to ill health exhausting savings. Sensitive, non-confrontational, low self-esteem. Tries to minimize tensions erupting in cramped apartment between the two strong women he loves – his mother and wife whose expectations he knows he has failed to meet.

Jessie Mae Watts 45-55, female, any ethnicity, probably called very cute when younger, but now is hard, driven, nervous and hysterical. Her hopes for romance, own home, children, and wealth passed her by and instead she’s “stuck” in a tiny apartment with her husband and hated mother-in-law. To forget her disappointments, she concentrates on picture shows, movie magazines, beauty shop and fountain coke with teenage girlfriend.

Thelma 20-25, female, any ethnicity. Kind, thoughtful and optimistic about life before her. Recently married, while traveling to stay with her parents as her husband serves overseas in WW II, Thelma befriends Carrie Watts.

Sheriff 50-70, female, any ethnicity. An air of authority yet has compassion. Grew up on a Texas farm and is at home in her rural jurisdiction

Roy, Ticket Agent 40-50, male, any ethnicity. Didn’t grow up in this rural area so may have different accent. Follows the rules. 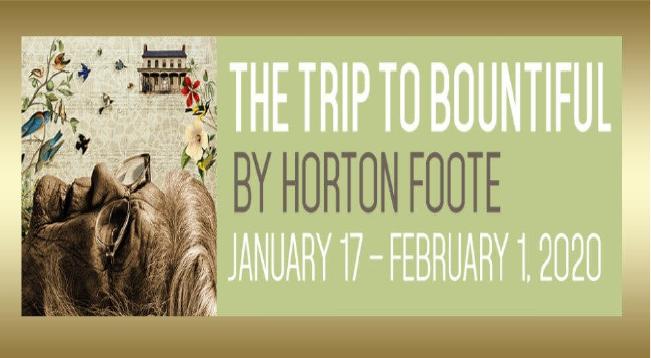 SUBMISSION: email
bountiful.auditions@alumnaetheatre.com
Please email – headshot, resume, role for which you wish to be considered, phone number, and write in the subject line “Auditions”. Please specify if you are an Alumnae Theatre Member, as all requesting members receive an audition.
Those selected for an audition will be contacted and scheduled. https://www.alumnaetheatre.com/auditions.html

PREP: If selected – Please prepare a short (2 min.) contemporary monologue after which you may receive re-direction and invited to read a side of your choice from the script. Sides are available on the Opportunities-Actors section of the Alumnae website. Alumnae members may choose to just read a side, but a monologue is appreciated.

REHEARSALS begin Saturday October 12, 2019. Two weeknights and either Sat or Sun depending on
cast and crew availability.

This casting notice was posted by: Alumnae Theatre Company