Are you a single woman at a pivotal crossroads or transitional point in your life?
Are you curious about pursuing a dream — like buying a house, starting a family, or even having a wedding — perhaps without a romantic partner involved?
Do you feel like single women are not well represented in pop culture?

To be considered, apply at: https://forms.gle/RKWEHw1FKDiRMstZA
Actress/Producer Connie Britton and Meralta Films have partnered to create an exciting new docu-series for a popular premium streaming service that will be adapted from bestselling author Rebecca Traister’s written work.

This series will follow single women from around the country who are at a crossroads or transition in their life, and commit to spending one year focused on reimagining their lives without the variable of a romantic partner.

Perhaps you come from a traditional family where they are pushing you to get married but you would rather build your career, or you are seeking to raise a family on your own / with a platonic co-parent. If you are a single woman who is tired of the emphasis always being on “finding a romantic partner” and instead wants to spend a year pushing your boundaries and creating the life of your dreams – this series could be for you! 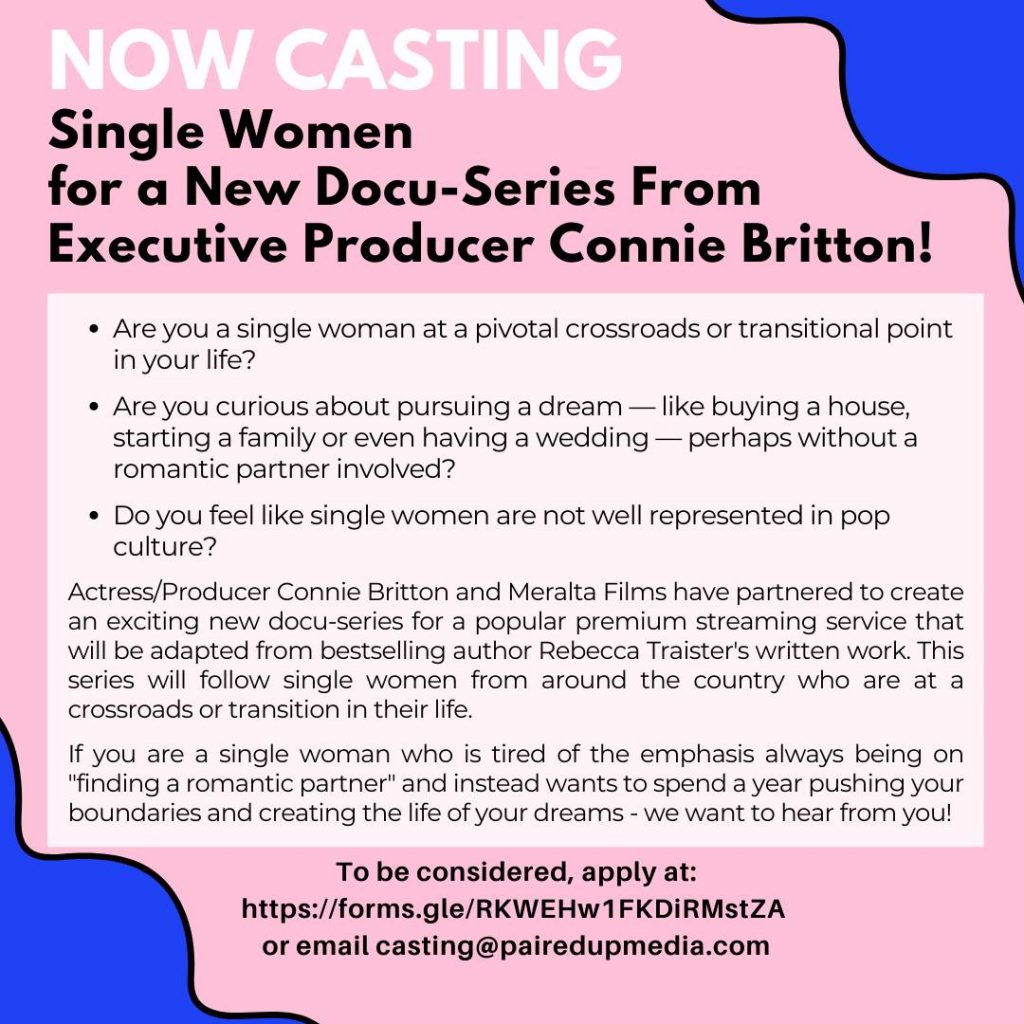